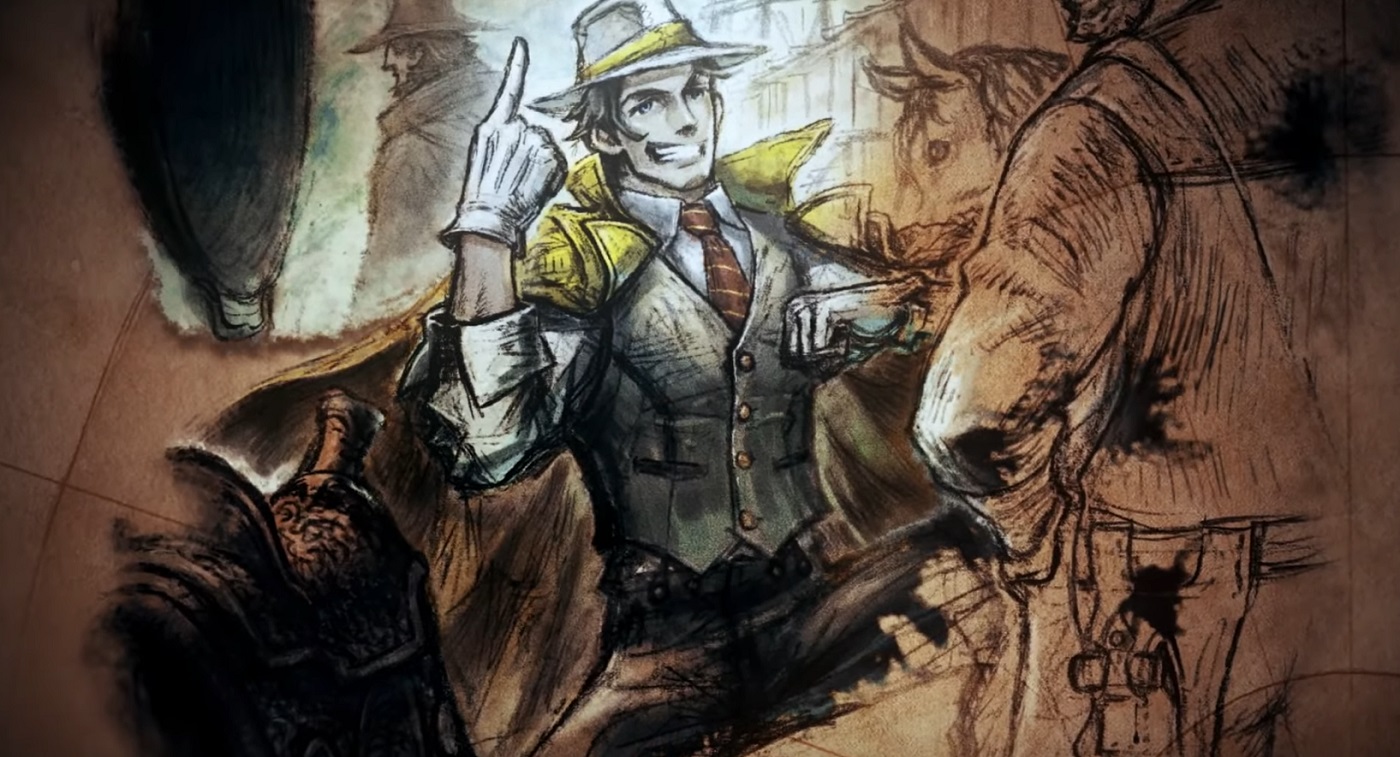 Square Enix, in association with developer Acquire, has released a new trailer for its charming-looking adventure sequel Octopath Traveler II. The surprisingly lengthy new preview, which you can check out below, introduces us to two members of the ensemble cast that will make up the game’s multi-threaded narrative.

First up, we meet Partitio, or “The Merchant”. This slick-tongued, noirish man is packed with the key weapons of wit and charisma, able to talk his way in and out of any sale, or even any situation. Curiously backed by some 1980’s sitcom-sounding music, we see Partitio utilize his retail skills to trade with townspeople, hire assistants, and synergize with mercenaries in order to give himself the edge either on the market or in battle. Despite his capitalistic nature, Partitio is shown to have a streak of nobility.

We are then introduced to the much darker character of Osvald, or “The Scholar”. Wrongly imprisoned for the murder of his family, Osvald will escape the ice-cold incarceration of “The Frigid” in order to learn of the true events behind his wife and daughter’s killing, (Although this trailer pretty much spoils it, good work, folks). As a studied individual, Osvald can scrutinize townspeople for secrets, and also study enemies in battle to learn their weak points and expose vulnerabilities.

In addition to the two new characters, the trailer also spotlights new travel options, with characters taking to the ocean by canoe, boat, or even a mighty ghost ship! All of Octopath Traveler II’s characters will have a “Latent Power”, (essentially a Limit Break), activated by building meter in battle. These unique abilities will help to turn the tide of battle in a pinch, so learn your characters’ abilities and use them wisely.