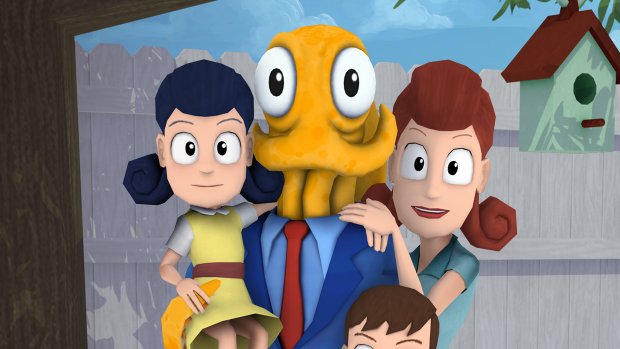 Octodad: Dadliest Catch, the cephalopod-masquerading-as-human simulator (we’ve all been there), is set to release on January 30 on Steam, the Humble Store, and GOG.com. The PlayStation 4 launch is expected sometime in March.

To commemorate the occasion, developer Young Horses has put out the above launch trailer, which shows that Octodad isn’t just a person who flails around and knocks things over, but also that he has some serious issues to deal with. A potential antagonist is shown in the chef who appears to know Octodad’s true identity, and perhaps wants to prepare some fresh tako or pulpo a la gallega. Additionally, a family trip to the aquarium is central to the trailer. Octodad seems reluctant to go, but once there he almost looks nostalgic for his former underwater life.

Will he abandon his loving family? Will he be chopped into bits by the chef? We will find out later this month.