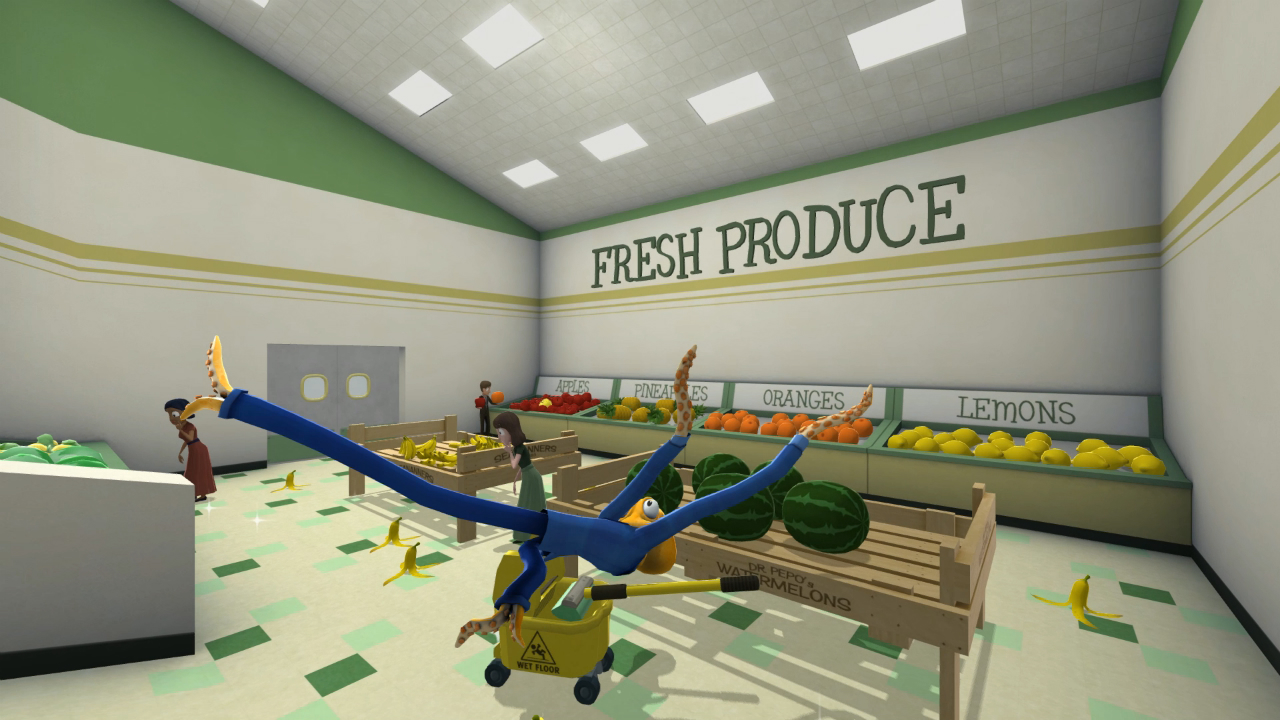 While children are dressing up as Marvel superheroes and/or Disney princesses and adults are doing the same but with sexy versions (think Ant Man but with assless chaps), one humble cephalopod will be dressing up as a regular dad. Sure, he’s been at it for almost two years now, but this time he’ll be on a Nintendo console. That’s right; Octodad: Dadliest Catch is coming to Wii U.

For the Wii U version, Dadliest Catch will feature off-TV play and compatibility with just about every control input available, from the GamePad to a lowly Wii Remote. For its first week on the Nintendo eShop (October 29 through November 5), it will be $11.24, after which it will jump up to its normal price of $14.99.