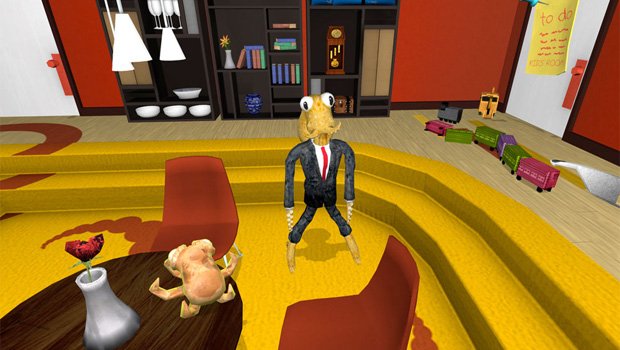 Hopefully you’ve played Octodad, the indie game where you take control of an octopus trying to be a person. Simple tasks become impossible challenges when filtered through the game’s crazy controls, resulting in you hilariously flailing around the room. If you enjoyed the free game, then perhaps you’ll consider chipping in a bit of start-up cash for a sequel?

The team wants to make a full-fledged sequel with an actual budget behind it, and they need your help via Kickstarter. If the team gets $20,000 by August 10, they can put it into full production for PC and Mac. Any money gained over that initial amount would be put towards getting dev software to make an XBLA or PSN port (with potential motion controls), or possibly making an iPad port.

If you’re like me and would love to see this get made, head over and see what bonuses they’re offering for backers!