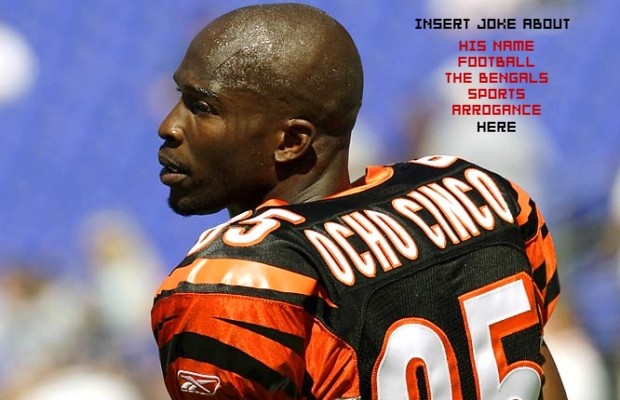 It’s that time of year again. Madden is out, and when Madden comes out the sports world and the game world collide for a brief moment before rebounding back to their proper places. What happens when loudmouth sports stars, the release of Madden and the ability to address the entire internet via Twitter collide? Something between hilarity and idiocy.

Chad “Ocho Cinco” Johnson (who legally had his name changed to Ocho Cinco) has laid down the challenge to the world via his Twitter: “Estaban 85 is my gamer tag! estaban 85, retweet to the world so I can takeover madden like pinky and the brain.” Oh, it’s on Estaban85, it is on! Hopefully Mr. Cinco is being a bit sarcastic about his Madden skills, but if not he’s in for a sore surprise because I’ve got his name and I can pass the puck into a home run like none other. If you really want a laugh read back through the day’s tweets as Ocho tries to set up his Xbox Live and create a Gamertag.