A cat-bearded man interprets your discoveries

No Man’s Sky — it is either a game where you explore a series of procedurally-generated worlds or it’s a name that incites rage over shattered dreams and sits on a vile throne of heinous lies.

Having dabbled in roguelikes a fair bit over the years, I’m wary when I hear “procedurally-generated” because (1) it’s the politically correct version of the lazier-sounding “randomly-generated” and (2) it describes sadistic algorithms that serve a cruel RNG which will often choose pain, insanity, or boredom over something that resembles handcrafted level design.

Considering I have a truckload of games with such algorithms ruling them on my PS Vita and 3DS, it’s a kind of masochism I want, but I am wary when big promises are attached to it.

But we’re not here to talk about that. This is an Occamsdex post, meaning we’ve decided to cull some discoveries of the random, strange creatures the Destructoid community has encountered in NMS and have our imaginative community manager, Occams, describe them. And we’ll toss in a few Pokémon critters as well because we’re obligated to include some.

Espilonarge shared this video of their creature:

I don’t know what the brain-eating amoeba looks like in the waking world but if there were a cartoon about it, this is what it would look like. The pulsing eyes give it a really menacing quality. What is the biological function of pulsating, throbbing eyes? I’ll tell you what it is — fear.

This comes from Enuo: 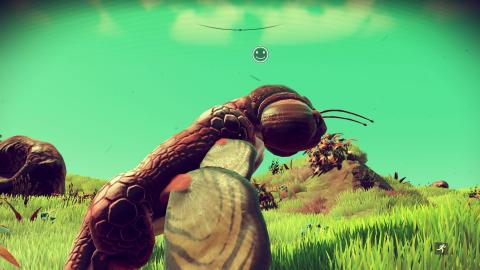 Give a lizard a moth head and moth wings. That seems to be a big thing in No Man’s Sky. Just spin the wheel for animal parts.

Two sets of moth wings, though. I bet the lizard moth is some sort of queen. This goes back to a thought I had years ago about how bug heads make everything better and worse at the same time. Imagine the most beautiful person you can think of, completely naked and exposed to you in their prime.

Now give them a bug head. For me, it’s ants but maybe you see a centipede. You’re repulsed a bit but there’s a part of you that’s like “Well, if I can avoid the mandibles then maybe…”

I get that. I really do. 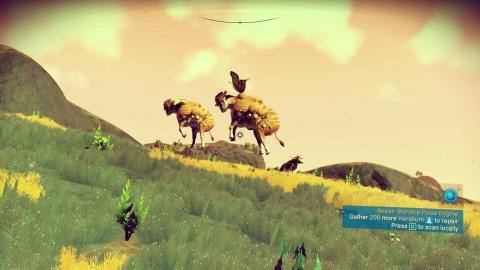 Okay, so this one is kinda far away so I’m having trouble making out the details. That being said, here is what I see: A cow covered in what appears to be pollen wearing a pork pie hat being carried by some kind of large winged bird. Maybe a bat as the wingspan has that bat look to it. The fact that the pollen cow in the background has no bird/bat carrier has not gone unnoticed. 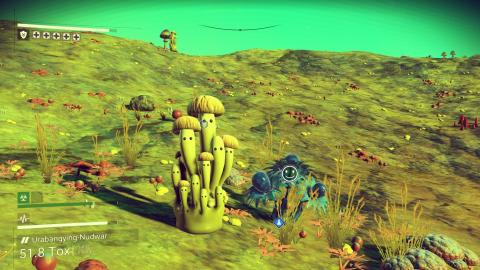 This looks like something Warren Ellis would have created. Some horrible fungus that grew out of the rotting corpse of a god entombed in the engine of a cathedral city floating through a starless sky. Also, possibly an enemy in a Mario game set in a Lovecraftian universe. Bowser would be wearing Toad’s stomach skin like a bib. 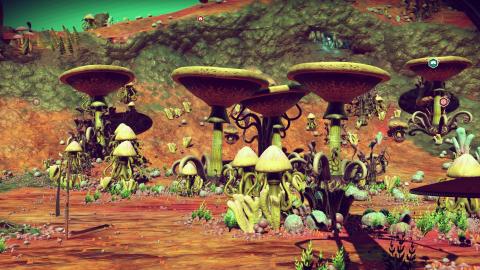 Floating sperm jellyfish. The planet grows new species by impregnating visitors. A natural defense mechanism against foreign invaders. Is the planet a virus, or are we? Just imagine me wearing a turtleneck sweater and socks. Nothing else. 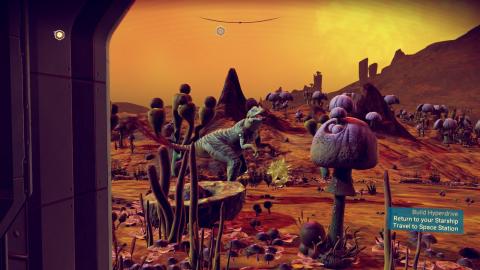 This sums up the essence of early sci-fi pulp magazine covers. Take something that we consider fantastic and make it something impossible. I look at this and I see a dinosaur on Mars. Robert E. Howard would give this a big thumbs up. 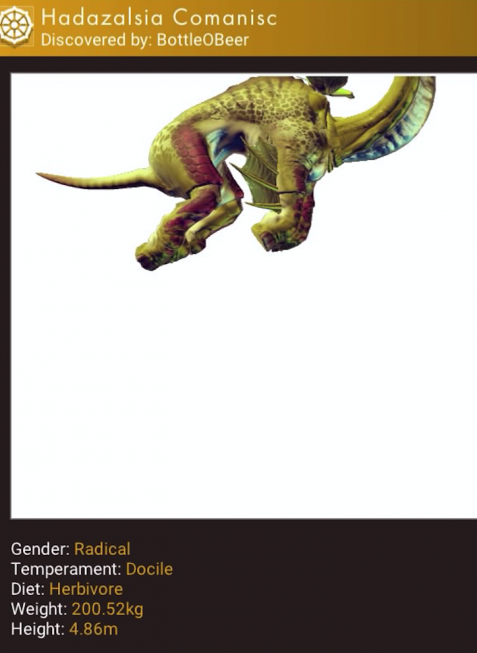 This thing has those weird elephant feet where its toe nails are the size of megalodon teeth. It looks like its wearing shorts made of lizard skin. The fish fins are a nice touch, like putting a spoiler on a Honda Civic. I can’t see the head but I’m assuming that at the end of the thick, elongated neck is a bushel of screeching mouths with perfect human teeth.

Also, I’m not sure why, but “Gender: Radical” made me chuckle.

And, finally, a video from Swishee:

Oh shit. What you have here is classic alien plant mating dance. This is the alien plant equivalent of what happens at the all ages club when someone sneaks in a few six packs of of Bartles and Jaymes and the lights get low.

And now for some Pokémon! 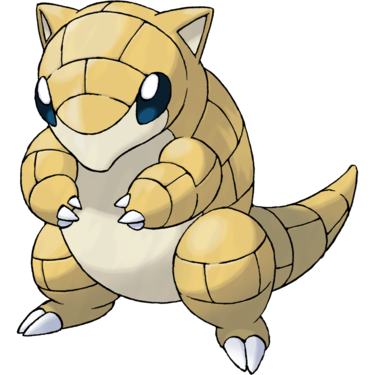 Look at those eyes.

Lifeless eyes, black eyes, like a doll’s eyes. When he comes at ya, doesn’t seem to be livin’… until he bites ya. And those black eyes roll over white, and then… oh, then you hear that terrible high-pitch screamin’, the ocean turns red, and spite of all the poundin’ and the hollerin’, they all come in and they… rip you to pieces.

Also, given the thing’s plated skin and bulbous, prehensile arms, I would say this creature is suffering from a diabetes and a skin condition. It makes my heart vomit pity. 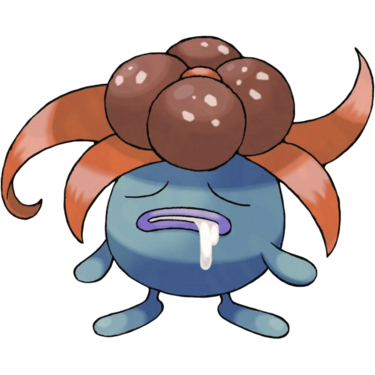 Lordy, this looks like if Adventure Time created their own version of Despair from the Sandman comic books series. It’s like a blueberry stole part of a black lady’s fancy church hat but is crazy addicted to ketamine and is slumped over in the bathroom at a Trader Joe’s somewhere, trying to keep its breath flowing in and out of its lungs. 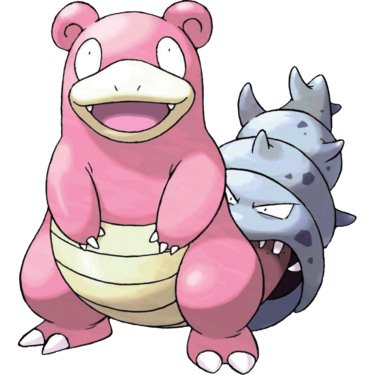 Let’s all take a moment to acknowledge the name Slowbro…

Now that we have engaged in that thought pattern, let’s examine what we see here. A lizard shape with smooth pink skin and a head that resembles a bear.

The placid, stupefied look on its face indicates limited mental faculties or heavy sedation. Some kind of angry nightmare conch shell monster has latched onto its tail though it doesn’t seem to notice or mind.

So yeah, this is Ed Gein. Smooth, pink skin. Dumb, far away eyes. A malevolence attached to it though it doesn’t seem to mind or even notice. The conch shell is Augusta Wilhelmine Gein. Slowbro is Ed Gein. Add a hunter’s cap and a belt with lady nipples sewn on and it’s a perfect match.

Next on Occamsdex: Shin Megami Tensei and Persona.