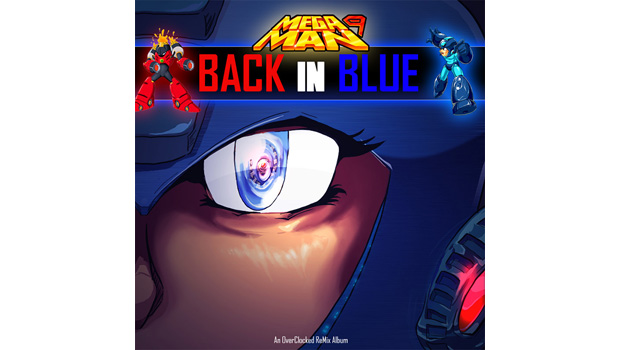 Mega Man 9? Don’t they mean 10? You see, this project began in 2009 but faced many development setbacks that pushed its release way back, giving Capcom plenty of time to announce and release yet another sequel. Nonetheless, the album team soldiered on to add the finishing touches to Mega Man 9: Back in Blue.

Unlike the soundtrack to Mega Man 10, which grows on you only after repeated listens, the soundtrack to Mega Man 9 is immediately catchy, channeling the same energy that was found in the series’ first three installments. Therefore, an official arrangement album by the game’s audio staff would bring the OST to even greater heights, right? Unfortunately, Rockman 9 Arrange was a tad on the weak side. Hopefully, the fans could step up where Capcom and Inti Creates failed.

Does Back in Blue succeed in that regard? Er… sorta. Maybe my expectations were set too high because of the project’s extended delay, but I was hoping that the end result would far exceed the official album. It’s still pretty solid, even if many of the tracks play it a bit safe. The album does pick up in the home stretch with some slick guitar work on the Plug Man, Wily Stage 1, and credits themes. Also, it doesn’t look like Concrete Man received any representation, but whatev. F*ck that guy.

Filed under... #Mega Man#Offbeat#Things gamers do