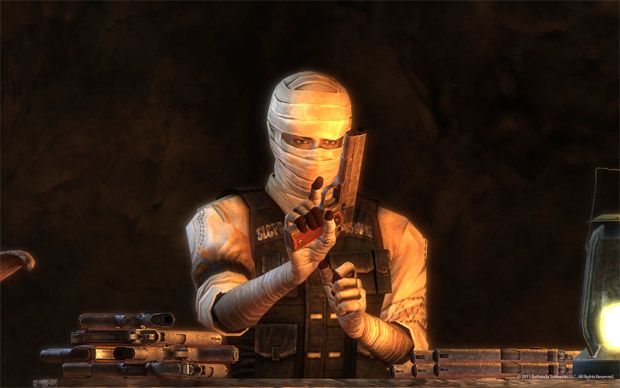 CEO shares thoughts on what the game could be like

Speaking to Rock, Paper, Shotgun at D.I.C.E., Obsidian CEO Feargus Urquhart told the outlet that the studio would be on board for more Fallout. “Oh, we’d love to do Fallout: New Vegas 2. It would be awesome,” he explained.

“If I think of going from Fallout 1 to Fallout 2, we tried to associate the two areas somewhat closely. It wasn’t just ‘Oh, we’re gonna do this 2,000 miles from here.’ So I think if we were to do Fallout: New Vegas 2 — or just a new Fallout — we would probably separate it from what the internal team at Bethesda’s doing. We’d keep it on the West Coast, because we’re West Coast people. They’re East Coast, so it makes sense.”

As for what form the game would take, Urquhart continued: “And we need an interesting confined area. So I mean, it could be LA. Fallout LA. That could be interesting. It’d probably be The Boneyard, which is from Fallout 1. It could be very different. It could be almost a Walking Dead meets Fallout-like thing because of all the radiation.”

How likely is it that Obsidian will do another Fallout? “We talk to Bethesda all the time,” said the CEO. “The challenge in this period of time has been, you have this console transition, and it’s strange that they’re still not announced. But that always creates a disruption in the industry. And now you mix in [the emergence of] mobile and F2P stuff, and it’s left a lot of people reeling. So that’s a lot of the conversation we’ve had with publishers. ‘OK, how do we get back to normal — whatever normal is going to be.’ That’s just the process right now.”