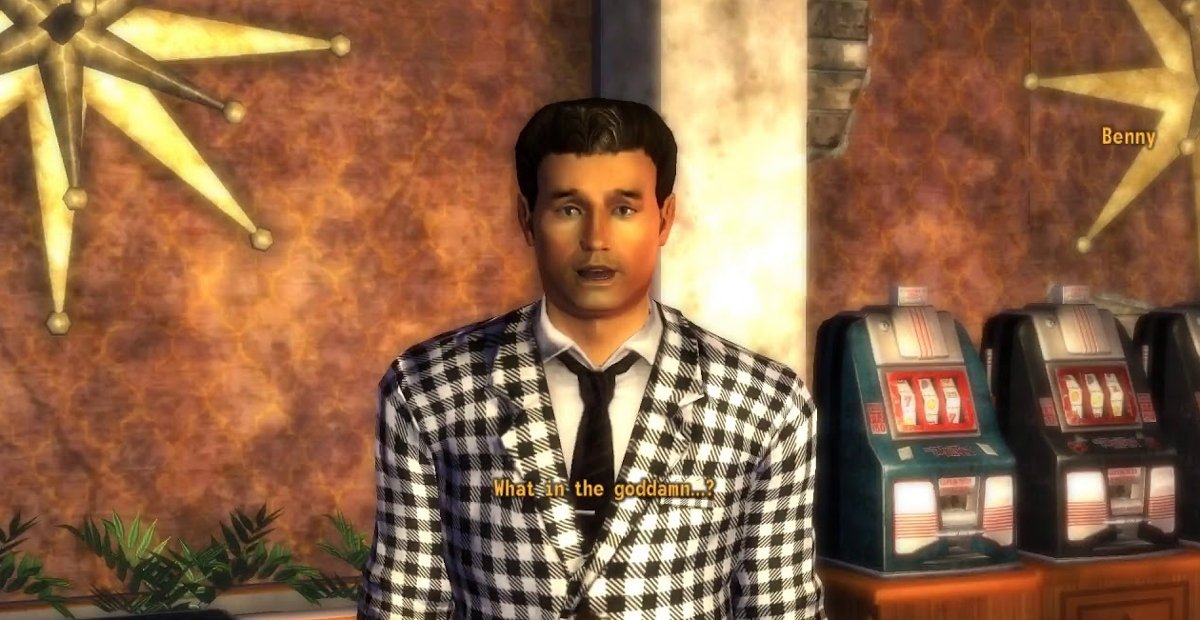 I have my personal issues with The Game Awards. To me, it’s nothing but a glorified advertisement with some awards thrown in to pad the time. There is more emphasis put on the announcements than the awards, and even then, the awards are pretty blah. For God’s sake, there was a walking Schickbot one year; it was a gross embarrassment of advertising run amok.

That being said, this old dog can learn new tricks, so long as those tricks involve Obsidian announcing new games, which is precisely what is in store for us next week.

Going off of a tweet directing fans to their home page, Obsidian has loaded a countdown to The Game Awards next week with a turn-of-the-century style advertisement for fake products to accompany it. So far there are two advertisements: one for Auntie Cleo’s brand of food and beauty products, and one for Spacer’s Choice, a gun that “isn’t the best choice, it’s Spacer’s Choice.”

Speculation in the Twitter thread has mostly been vain hopes for a Fallout or Star Wars game, but something tells me that ain’t it. One Twitter user did point out that Isaac Asimov had multiple stories that focused on a group of space-faring Earthlings called “Spacers.” With Asimov’s Foundation series getting an adaptation for Apple’s yet-to-be-released streaming service, I could see this as a one-two punch from the Asimov estate to strike while the science-fiction iron is hot.

Another aspect that should be noted is that we are still waiting to hear what Fallout creator Tim Cain and Fallout lead artist Leonard Boyarsky have been working on at Obsidian for the past year or so. All we know so far is that it’s called Project Indiana, so maybe this is the big reveal of what those two have in store. Who knows? This is all speculation at this point so your guess is as good as mine.

We do know that the game will be an RPG, which shouldn’t come as a surprise, and that it will be published by Private Division. Private Division is a subsidiary of Take-Two Interactive that aims to publish smaller, more niche games such as Kerbal Space Program. No word yet on how the recent acquisition of Obsidian by Microsoft will play into this but this might be Obsidian’s last game that PlayStation users may see for a while.

The Game Awards will stream live next Thursday, December 6 at 9:00 PM Eastern on a multitude of streaming platforms.