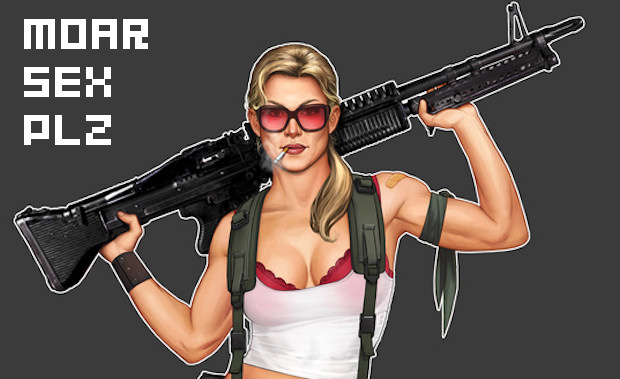 “I think it’s an important step, and it’s not sex for sex’s sake, but it’s part of human interaction that makes you more involved in the game world and your characters,” he says. “Just like in the real world, sex runs the range from entertainment to a symbol of the depth of feeling between two people, and not having that reflected in a role-playing experience feels does RPGs an injustice.”

So, when will sex be allowed in a videogame without causing a media storm like we saw with Mass Effect?: “I imagine TV’s going to be the deciding factor here, not games. As soon as it’s acceptable on mainstream TV, games won’t be far behind. But that’s my guess.”

It’s funny. People think that sex scenes are immature, but I’ve always found the media’s reaction to these so-called “tasteless” scenes to be far more insolent and childish. The fact that society can’t get over the idea of sex is indicative of just how infantile most “adult” people are, with the Mass Effect scandal proving just how much growing up America still needs to do. In any case, we have a full Alpha Protocol interview coming soon, so make sure you check it out!