Hit them with a bat.

Ninja Baseball Bat Man is not a baseball game. It also has nothing to do with Batman. It’s actually a wacky arcade beat-’em-up released in 1993 by Irem (maker of R-Type). You might assume it’s just another example of Japanese weirdness. However, while the game was developed in Japan, the original concept came from Irem’s U.S. National Sales Manager Drew Maniscalco.

As is typical of the beat-’em-up genre, there isn’t much plot here. The “Commissioner of Baseball” has asked a team of ninjas to rescue a bunch of stolen baseball artifacts. You and up to three friends play as the ninjas, armed with baseball bats and an array of special moves. There’s no need for strategy or thinking, though. Just hit stuff with your bat until it dies. The best part of the game is the boss characters, so here are five of my favorites.

This mafioso makes quite a statement with his lavender trench coat and bowed-up hair. It’s a fashion crime. Hit him with a bat.

It’s a plane with teeth. He cries a lot. Hit him with a bat. 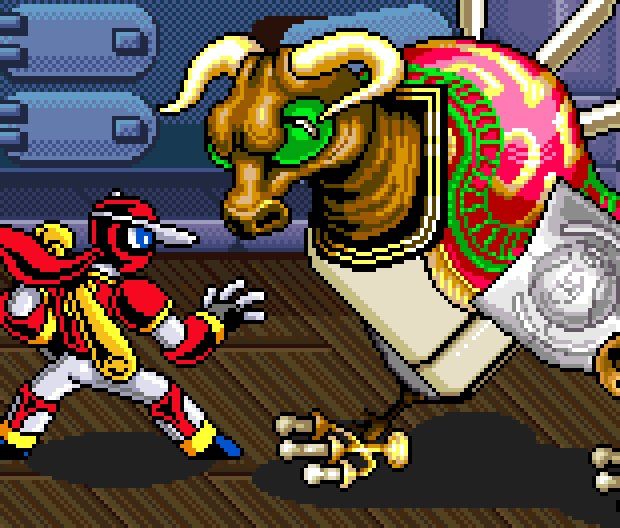 You know that freaky deer head in Evil Dead 2? Well, what if he was a buffalo head? What would you do if he jumped off the wall and started biting you? You’d hit him with a bat; that’s what you’d do. 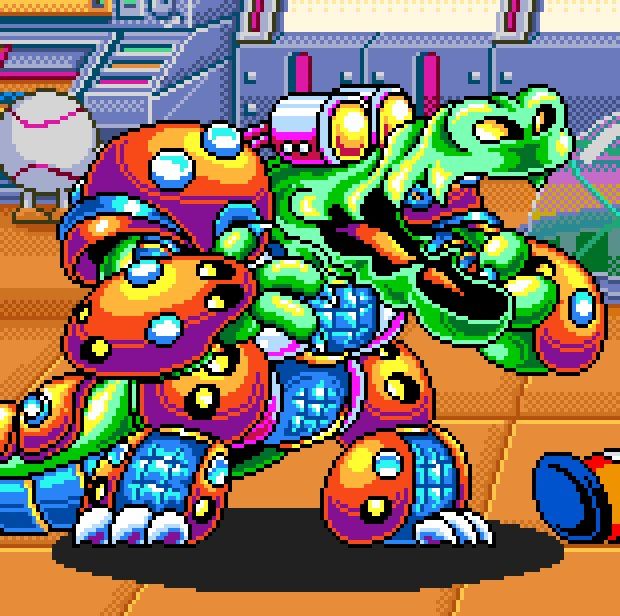 This muscle-bound hunk of luggage wants to snap you in half. Before he does, you need to strip him down to his scales, once piece of armor at a time. Try hitting him with a bat. 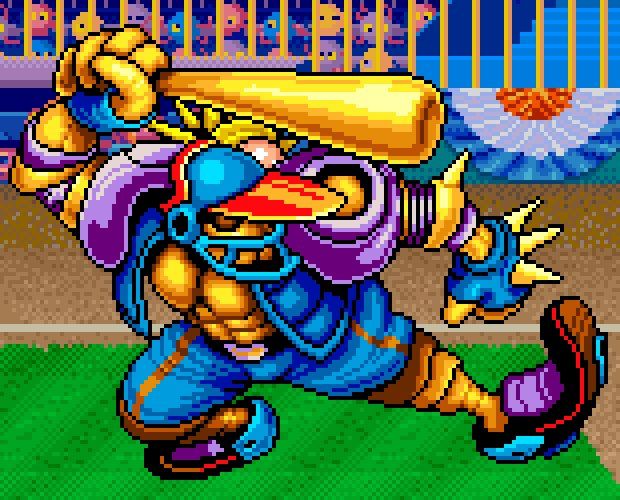 The final boss is Babe Ruth on steroids. A swing of his weapon creates pink tornadoes of destruction. Want to see the end credits? Hit him with a bat.

Ninja Baseball Bat Man is a great game, especially if you like hitting things with bats. Unfortunately, the arcade machine is quite rare, and it’s never been released on a console. If you can swing an emulator, you won’t regret it.