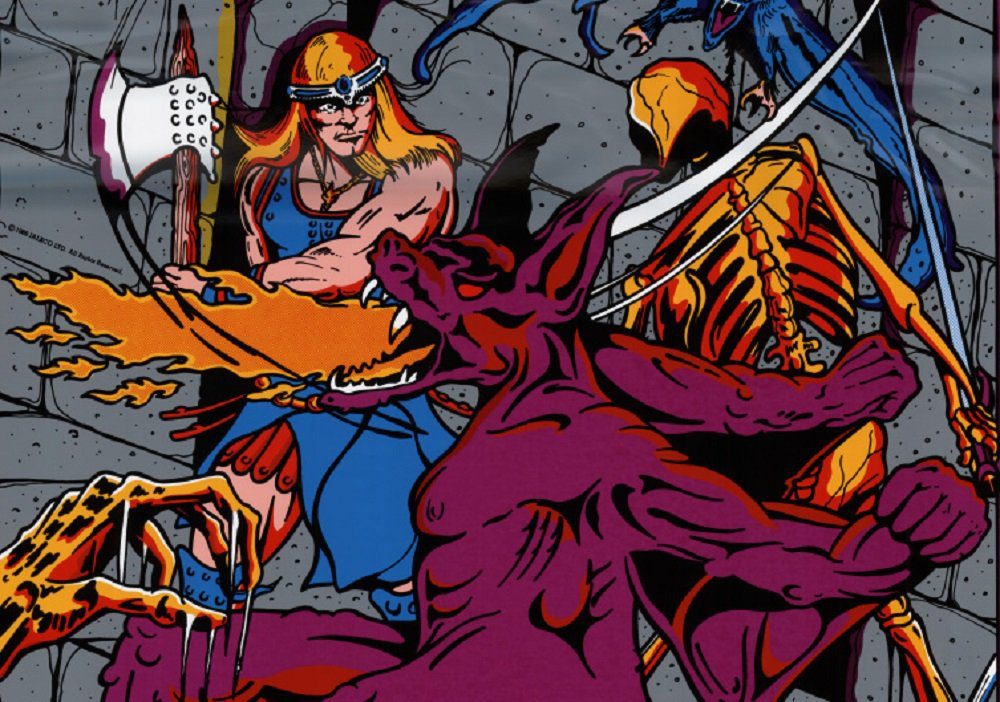 After going a little shmup-happy in recent weeks, the retro-loving folk over at Hamster have returned to the world of fantasy platformers for this week’s Arcade Archives release, having re-released Jaleco’s hack ‘n’ slash adventure The Astyanax on PS4 and Nintendo Switch.

Originally released in arcades back in 1989, before being ported to the NES one scant year later, The Astyanax tells a typical tale of a super-macho, axe-wielding barbarian, Roche, chopping their way through a fantasy world packed out with strange, mythological creatures. Players can also pick up a host of power-ups to increase Roche’s command of lightning as he battles his way through the game’s six stages. A second player can join in the fun as a palette-swapped version of the muscle-bound hero.

The Astyanax is typical of side-scrolling actioners of the era, but does feature some smart pixel work and atmospheric level design. Interestingly, the NES edition rewrote the game’s narrative, adding cut-scenes, a love interest, a magical princess, and dimension-hopping shenanigans. This edition also featured alternate spells, stages, and weapons, essentially transforming the title into an entirely new game for the home market.

The Astyanax is available now on PS4 and Nintendo Switch, priced at around $8.