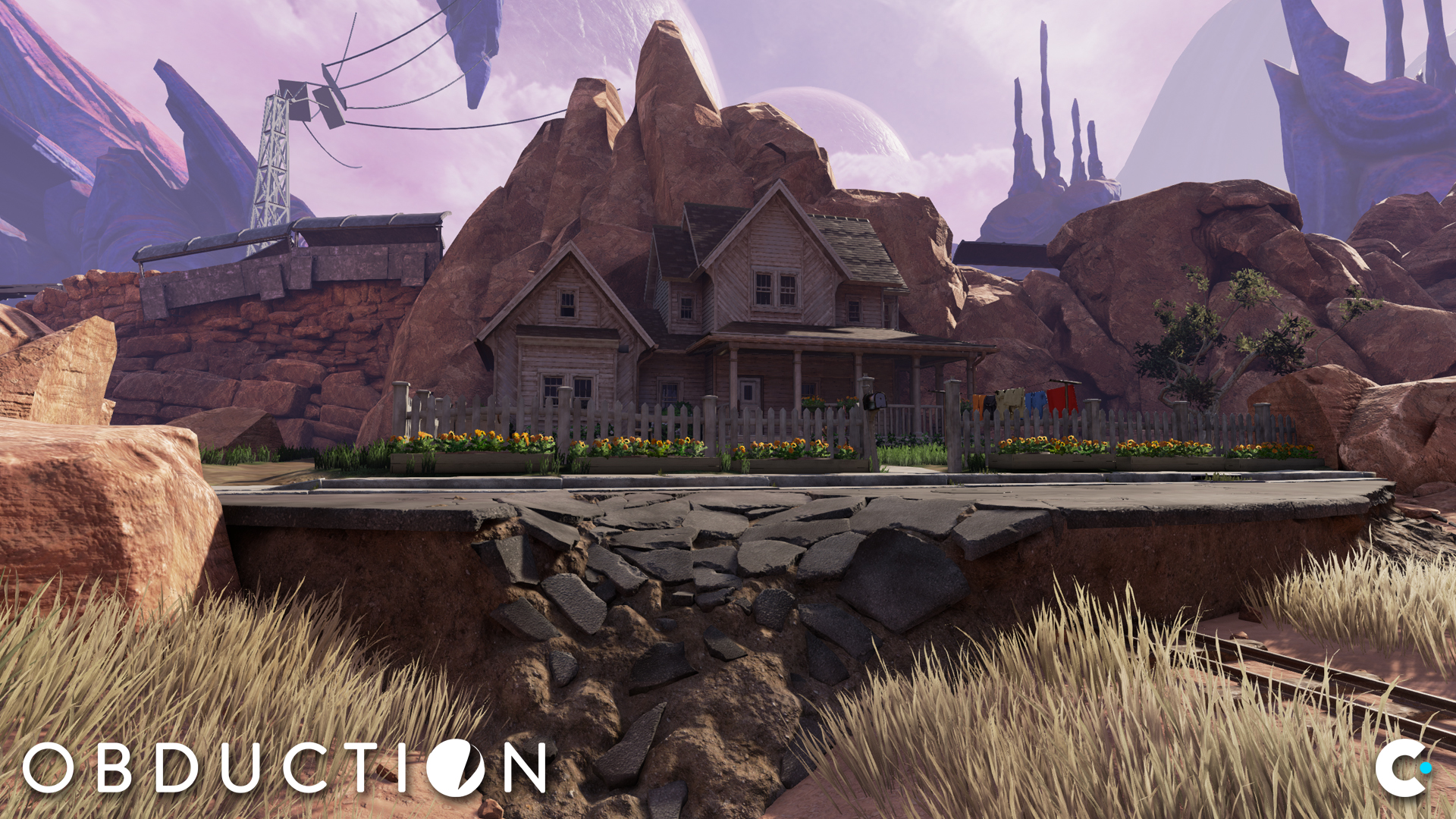 After a successful Kickstarter a few years back, Cyan is finally ready to release Obduction, a spiritual successor to the influential adventure game, Myst.

In Obduction, you find yourself abducted by a strange organic object that has fallen from the sky. It whisks you away across the universe to an alien planet. Curiously, this faraway place is also home to some unexpected Earth-like structures. Where have you been taken to?

Gameplay-wise, Cyan says players can “choose to have full gamer control, or simplify and explore with a simple click of the mouse.” This sounds like it will offer the option between classic Myst controls of clicking on still screens to move around, or the free-roam controls added in realMyst which allow for full movement around the island.

It’s been over a decade since the release of the last new game in the Myst series, and over 20 years since the original graced our computers. It was one of the most memorable games from my childhood, but it’s still hard to believe it’s been around for so long. It will be nice to take another step inside the wonderful worlds that Cyan creates.

Obduction is set for a June 2016 release on PC and Mac.