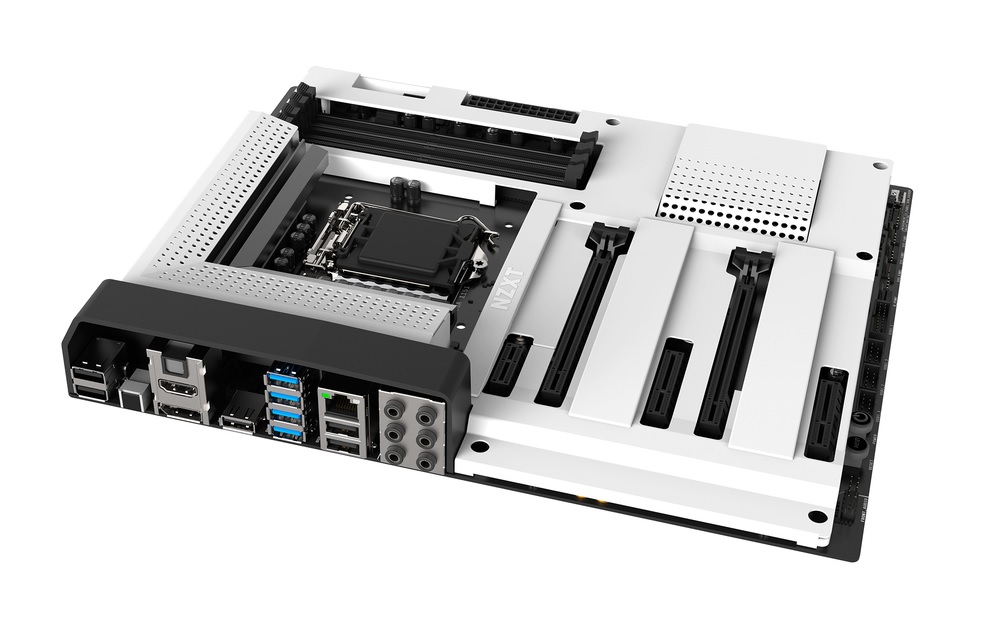 Mass Effect ain’t the only one with an N7

I built my first ever gaming PC this past summer. Over the course of a week or two, it felt like a million boxes showed up at my house — processor, RAM, video card, case, extra fans, etc. There’s so much. And it was daunting as hell when I finally laid them all out and imagined how I was going to fit all of it together to make an actual machine.

Hardware manufacturer NZXT just revealed a product that would’ve greatly assuaged my fears. In its first foray into motherboards, NZXT has constructed the N7 Z370 — a clean-looking board that shies away from the aesthetic most gaming mobos have embraced. Rather than sharp angles and prominent circuits, the N7 covers up all the inessentials in either matte black or white (pictures in the gallery below).

The result is a board that isn’t nearly as intimidating for newcomers (although I have no idea if NZXT is using this as a selling point). There are 10 or so very distinct things a builder needs to interact with. It’s a dumbing down in a way, sure, but a lot of people will gladly trade that for the peace of mind that they didn’t severely botch something.

Equally important, though, is how this thing looks. In emphasizing a minimalist and modest style, NZXT has created a motherboard that’s legitimately beautiful. It bucks the trend of enthusiast boards looking very futuristic. It’s restrained and that’s refreshing.

As for the technical side of the N7, it’s a board that’s made for the Z370 chipset meaning that it’s compatible only with Intel’s 8th generation processors. Aside from that, it seems to have fairly typical specs — maximum of 64GB RAM, multiple GPU slots, etc. All of that stuff can be found on NZXT’s product page.

The most obvious drawback, as PCWorld points out, is the price. The N7 retails for $300, which is approximately $50-100 more expensive than similar Z370 boards. Are people willing to pony up that much extra for a mobo based primarily on how good it looks? Honestly, maybe! I was willing to take part of my workday to write about a motherboard, which is something that has literally never happened before. The N7 starts shipping in late January, so we won’t have to wait long to see if it’s a hit.