Nyko, longtime manufacturer of items that make gaming marginally more convenient, has a new product. It’s the Charge Block, a drop-and-charge base for powering up your controllers. After using it for three days, it seems like a great product. That being said, I can’t see myself using it for the foreseeable future.

The way the Charge Block works is unique for both PlayStation 4 and Xbox One. The PS4’s internal battery means that this version comes with a dongle that plugs into the controller’s micro USB port. Then, it just sits on the base and charges. When using the controller, the dongle can stay affixed, as it doesn’t interfere with any buttons or hand positioning.

It’s a slightly different story for the Xbox One. Nyko’s solution to the Xbox’s removable batteries is to include a charge pack that replaces a pair of double-A batteries. Then, like the PS4, the controller sits on the base with the battery cover unattached. Make sure to put that cover somewhere you won’t lose it.

What’s probably the neatest feature of the Charge Block is how it can be daisy chained together to accommodate multiple controllers across both platforms. I was sent both a PS4 and Xbox One Charge Block duo, and I snapped together two Xbox blocks with one PS4 block and had three controllers going at the same time. There’s a flashing white light to indicate it’s still charging, and a solid white light to show that it’s done. 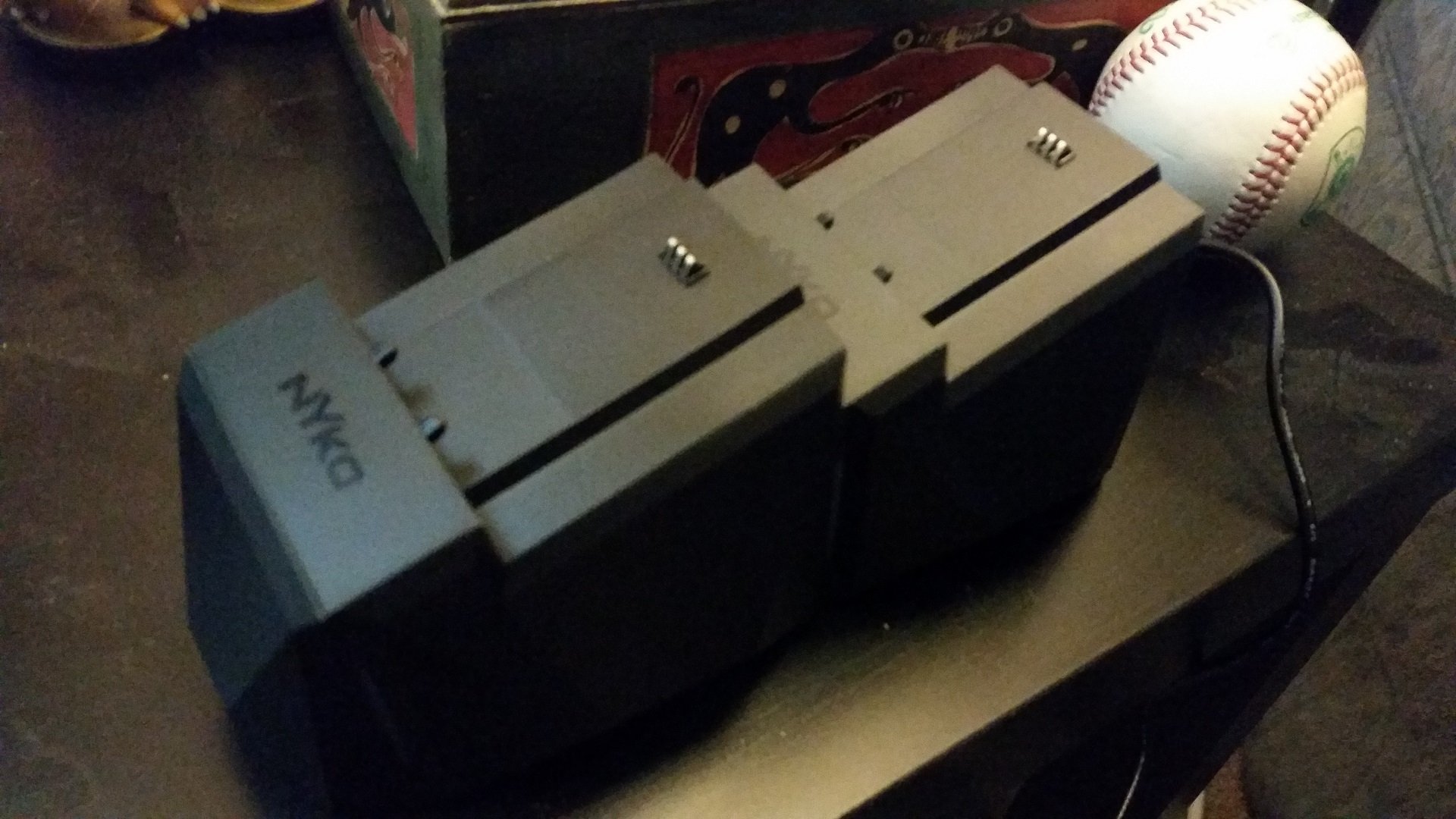 While I can understand the utility here, the Charge Blocks just aren’t quite the product for me. That’s because I spend the majority of my time on Xbox One. I prefer to have rechargeable double-As laying around so that I can swap them out anytime my pair goes dead. I don’t actively think about having a charged controller, I just react whenever it’s not charged. That means that putting my controller on a base when I’m away is a step more than I want to deal with (and I know exactly how lazy that makes me sound).

That being said, I could see myself using the PS4 Charge Blocks if I played on PS4 more often. A dead battery on PS4 either means running a USB to the console while you play, or just waiting a while. On PS4, a dead battery actually is something you have to anticipate and plan for. Nyko’s base is a pretty easy solution for that, even if just plugging it into the PS4 is an equally easy solution.

Like I said at the top, Nyko’s products are about making gaming marginally more convenient. That’s exactly the case with the Charge Blocks. They’re not a necessity, they’re not a game-changer — they’re just kind of closer to your couch than the alternative might be. That’s reason enough for some people.