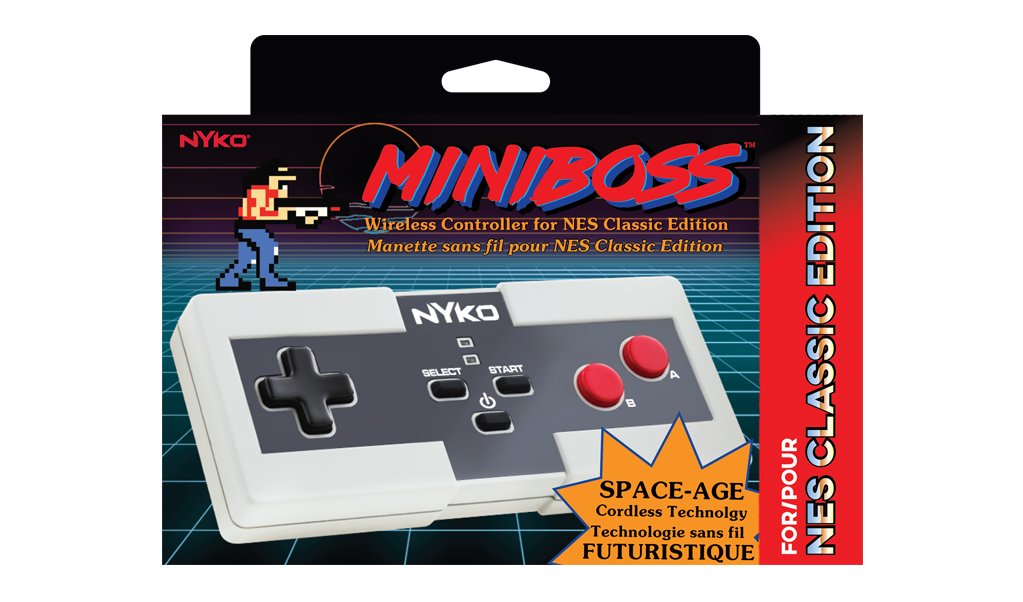 No short cord to deal with

Despite its limitations and niche appeal I’m enjoying my time with the NES Classic (I beat several games, and my wife and I died on the last boss of Super C the other day!). Yet, those short cords are a pain! As much as the feel of being right up on your TV is nostalgic, it’s generally a bad design flaw, and I’m already looking up ways to extend the cord.

Nyko has a solution — a wireless controller called the Miniboss. It’s…really unappealing from a design standpoint, but if it works as advertised, it’ll get the job done. And since it’s basically just a repurposed Wii Classic Controller, it should work without a hitch on Nintendo’s other hardware. While there are other options out there, they’re also selling an extension cable for your existing classic remotes for $10.