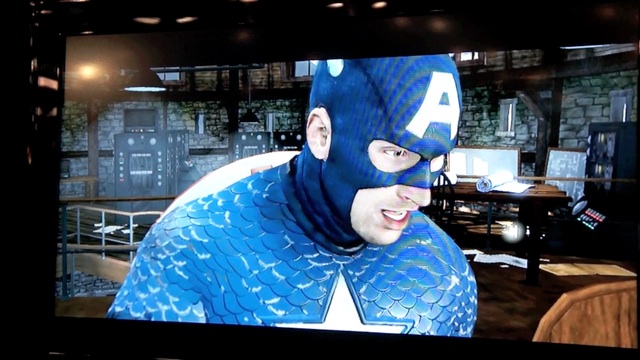 If you do, there’s a detailed look at Sega’s and Next Level Games’ upcoming Captain America: Super Soldier that I wrote up. You can read that, if you want. But if you want to see the game in action, here’s the place to do it. We filmed the demo that Next Level’s Brandon Gill gave me on the show floor. Check it out to see Cap in action, as he cracks fools in the face with his fists, his boots, his shield, and his knee. Because that’s how Americans rolls.

Captain America: Super Soldier is out next summer for Xbox 360, PlayStation 3, Wii, Nintendo DS, and PlayStation Portable. This footage is from an early build of the Xbox 360 version.