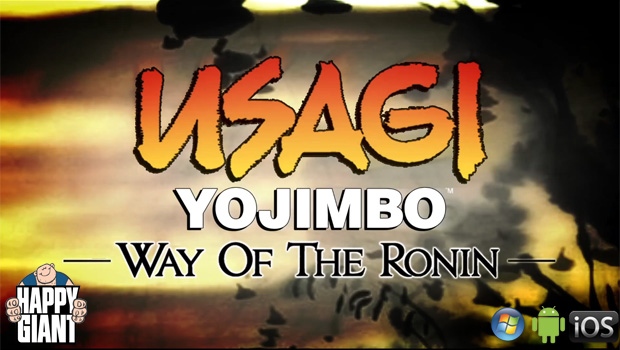 Most people know him from his cameos in TMNT, but Miyamoto Usagi has been the star of his own comic book series for a long time. His first and only game, Samurai Warrior: The Battles of Usagi Yojimbo, came out in 1988 for the Commodore 64, and save for a cameo in TMNT 2: Battle Nexus, he hasn’t been in a videogame since. At NYCC this weekend, however, Happy Giant has revealed footage and details on the first Miyamoto Usagi game in 25 years.

It promises to be a classic-style brawler starring everyone’s favorite lord-less bunny throughout ancient Japan, and will be using Stan Sakai’s art style with high-resolution sprites for an authentic feel.

While Happy Giant is mostly known for social games like the Jay-Z Empire game on Facebook, Way of the Ronin is looking to deliver a fun arcade experience while keeping the source material in check, so here’s hoping this is not the last we see of Miyamoto Usagi going forward. Way of the Ronin will be available on iOS, Android, and on PC this fall.