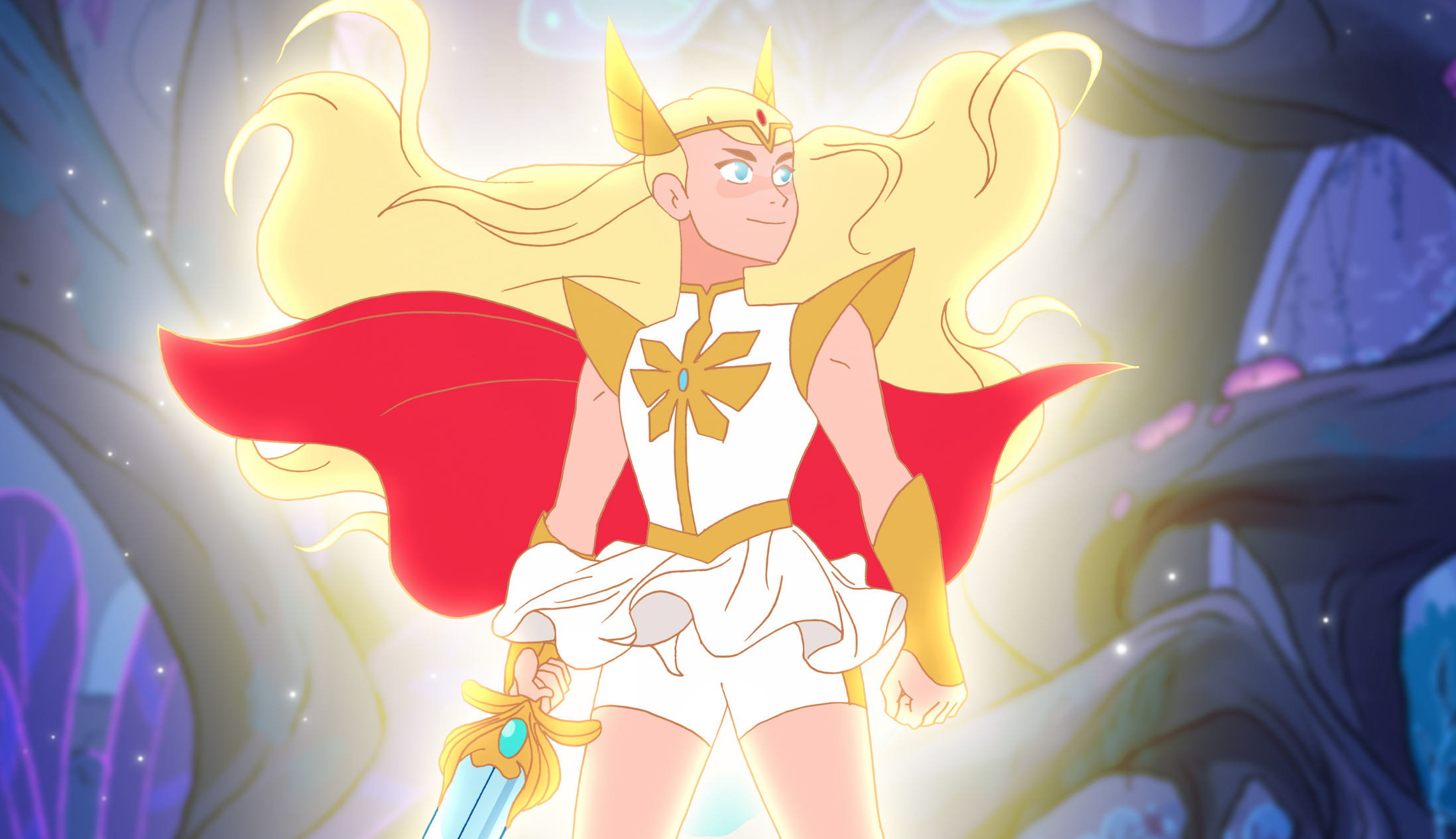 Girl power for a new generation

Looking back at most of the best kids shows from the 80’s, I think it’s safe to say that people don’t remember them for their in-depth stories. They had eye-catching premises and some enjoyable characters (looking at you Starscream), but they were designed from the beginning to sell toys, plain and simple. As long as they could sell merchandise, then it didn’t really matter if the stories were all that good. Nowadays, the best kids shows are much more interested in telling engaging and emotional stories that viewers can invest in instead of making millions off of action figures. She-Ra and the Princesses of Power looks to be a perfect mix between both worlds.

While attending the She-Ra and the Princesses of Power panel, I had a chance to watch several clips from the upcoming Netflix series and one thing was sticking out in my mind by the end of it:I needed to see more. I had no expectations of the show going into the panel, but if the goal of this panel was to make me excited about She-Ra, then mission accomplished. Creator Noelle Stevenson said that the show was focused heavily on world building and delving into the relationships between the cast while still maintaining the high action and fantasy setting from the original series.

She-Ra starts off with Princess Adora as a soldier in the Evil Horde that has been tasked with hunting the princesses of the rebellion. While on a mission with her best friend Catra, she gets separated from her and discovers a magic sword that transforms her into She-Ra, a magical warrior complete with magical girl transformation. She then gets captured by the rebellion and willingly joins their cause after seeing how despotic the Evil Horde is, which leads her to fight against her old friends and old superior officers while wondering if her new friends can trust her.

The relationships here feel very similar to how Steven Universe handles its characterization. Characters actually have honest conversations and you can feel that each scene has genuine repercussions. Adora and Catra’s relationship is one of the biggest driving forces of the plot, with Catra constantly trying to have Adora willingly rejoin the Evil Horde not because it’s her mission, but because Adora’s her closest friend. Meanwhile Adora is pained to have to fight her former best friend, despite knowing that she’s evil.

Stevenson also described the show’s world-building as being heavily inspired by Lord of the Rings, and it shows. There’s a history in this world that I’m clearly not seeing and there’s a lot of lore that was hinted at that I want to know more about. My interest has been piqued, and I’m ready for more.

She-Ra and the Princesses of Power debuts exclusively on Netflix November 16, 2018 and that date can’t come soon enough.