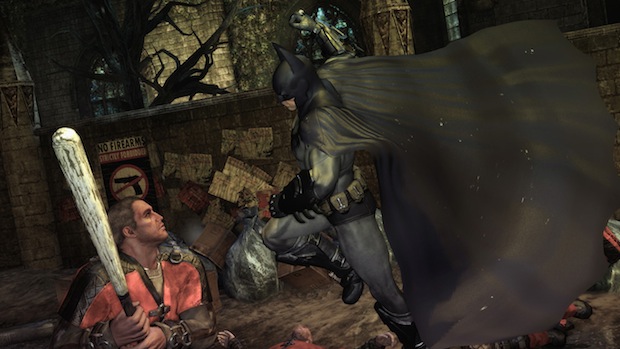 I had a chance to chat for a bit with the voice of Batman, Kevin Conroy, for a few minutes before he joined Rocksteady in hosting New York Comic-Con’s Batman: Arkham City panel. From what he said it seems that being the voice of the Dark Knight isn’t the easiest thing in the world, especially in videogames.

“It is such a different experience in recording a game than recording a show,” explained Conroy, the voice of the Dark Knight in Batman: The Animated Series and both Rocksteady Batman videogames. “You’re alone in a booth for 4 hour blocks, and you have to be true to the character, without any of the other actors bouncing off you. It’s so much harder.”

“You’re working in a vacuum, so you have to be your own reality check, you own motivator. You’re doing variations on a line, giving four or five emotional readings, and then you’re doing 20 different lines depending on which way the game is being played. It’s all disjointed — you don’t know how it’s going to be put together.”

Conroy explained that for games, a particular line will have to be delivered multiple times, each with a different emotion or inflection attached to it. It was a thrill to hear him demonstrate by saying “Joker, get out of here” in different ways as Batman. Even better was when he expressed his frustration by saying “f*ck you” in Batman’s voice.