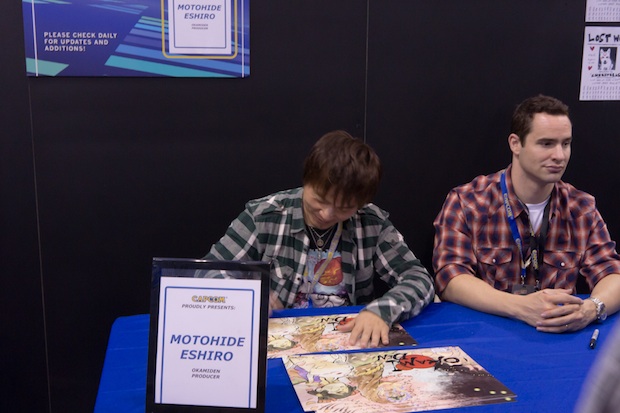 If you walk around the show floor here at New York Comic-Con you’ll see a massive cluster in the gaming section. That’s all Capcom. I congratulated them on pulling such a crowd yesterday. Today is going to be madness.

What’s over there that’s so great? Mostly Marvel vs. Capcom 3 and Okamiden, though they also have Ghost Trick, Resident Evil 5 Move Edition, Dead Rising 2 and several others. But around the other side of the booth is a different kind of crowd. They’re all in line trying to get an autograph from a celebrity game maker.

If you’re in the New York area and are coming out to Comic-Con, hit the jump or check our gallery to see a schedule of appearances at Capcom’s booth.