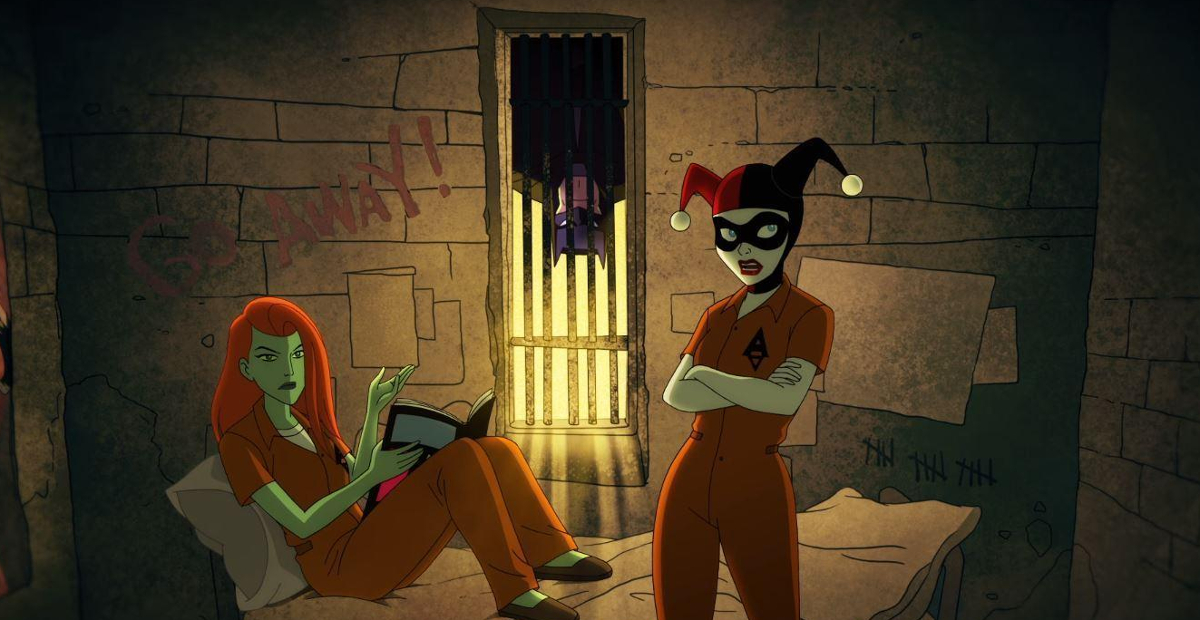 DC writers have seemingly been listening to all of the feedback and backlash from their attempts at making a cinematic universe and “mature” TV shows. In the span of less than a minute, Harley Quinn (Big Bang Theory’s Kaley Cuoco) and Poison Ivy (Lake Bell) poke fun at fan negativity, Deadpool, Titans, and the general tone of DC’s cinematic universe in the teaser for the upcoming Harley Quinn.

Not much is really known for the premise of the show but according to the press release it will deal with Harley Quinn who sets off without The Joker to try and make a name for herself in Gotham City. Judging from the trailer I’m getting more of an Animated Series rather than a Suicide Squad vibe from this venture. That, combined with the ability to make fun of themselves while also bringing at least a little bit of a mature take (not too much mind you), actually has me somewhat looking forward to this? What an odd feeling.

It also helps that a star-studded cast will be lending their voices to the show. Diedrich Baker, Ron Funchess, Tony Hale, Christopher Meloni, Wanda Sykes, J.B. Smoove, Alan Tudyk, and Jason Alexander will all play as-of-now unnamed roles in the show. Judging from the short video, Alexander is not Batman but now I wanna live in a world where George Costanza is Batman.

Harley Quinn will run exclusively on DC’s new streaming service DC Universe which launched last month. A release window of late 2019 has been set, now to hope the service lasts that long.