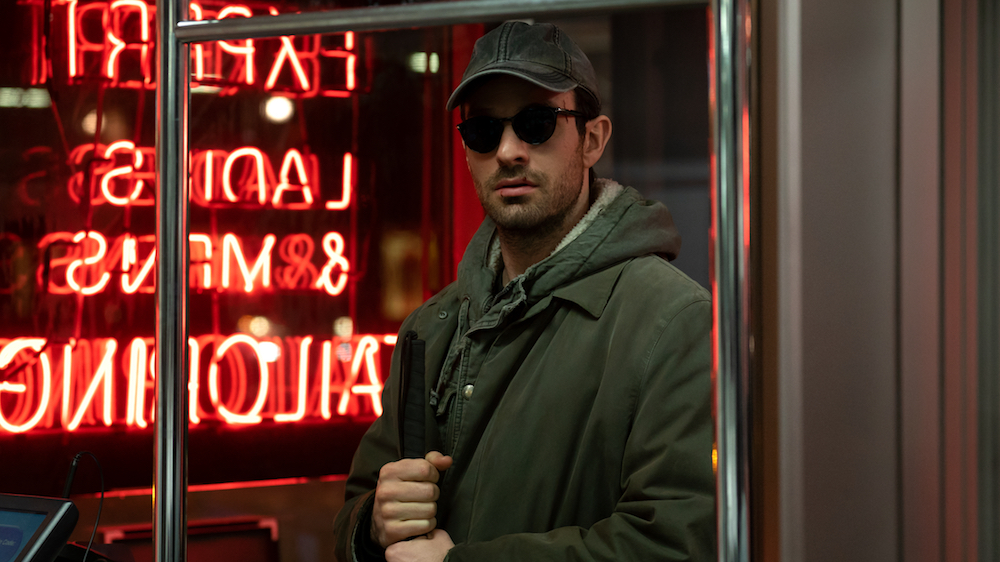 Amidst the sea of comic nerds at NYCC, your friends from Flixist were able to catch a glimpse of the new trailer for Daredevil. Remember how dark and edgy the show is? While it may not be Titans-level edgy, season 3 of Daredevil is amping up the brooding for sure. With Matt Murdock fully embracing his identity as the Devil of Hell’s Kitchen, he faces opposition from a now-free Wilson Fisk—and a Daredevil imposter.

The trailer doesn’t detail how Matt Murdock has come back to life after a freakin’ building fell down on him at the end of The Defenders, nor does it show how his besties Foggy and Karen react to his apparent resurrection. Instead, the trailer focuses on the game between Fisk and Murdock, the former seemingly deducting the identity of the latter—and it looks like a Daredevil imposter causing chaos and disarray is part of an elaborate power play to turn the public against the real-life vigilante.

But most importantly, we’re getting another badass hallway fight scene, as is tradition. We’ll have more to see from Daredevil at New York Comic-Con quite soon. We know Bullseye is supposed to appear (perhaps the imposter?), and while it’s wishful thinking, I’d really love it if it was just Colin Farrell again. The complete third season streams on Netflix starting October 19.