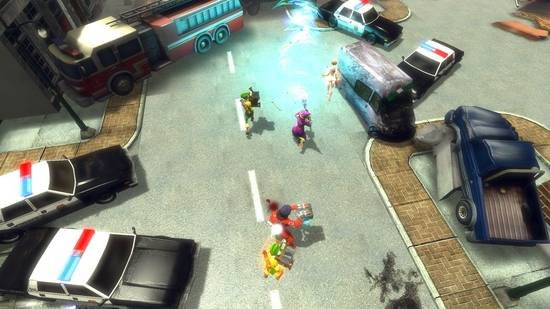 For me, the one of the biggest gaming disappointments of 2007 was the four-player monster killing romp, Monster Madness: Battle of Suburbia. The Xbox 360 title was clearly influenced by one of my favorite 16-bit titles, LucasArts’ Zombies Ate My Neighbors, but was missing one key element — fun. Battle for Suburbia had all of the right ingredients for a good time — an interesting art style, cooperative play, wide weapon variety — but was unfortunately marred by a mind-bendingly poor control scheme.

In the PlayStation 3 port of the title, Monster Madness: Grave Danger, more has changed than is evidenced by these screens. The development of Grave Danger has been handled by a completely new development team, Psyonix Studios, who have reworked the core gameplay found in Artificial Studios’ original title. And thank God someone has given the title a second chance, because the promise of a formidable successor to LucasArts’ classic may finally be fulfilled.

Because the original game left such a bad taste in my mouth, I was hesitant to pick up a controller at New York Comic Con to give Grave Danger a go. But I like you guys, and I took the dive. Surprisingly, Monster Madness: Grave Danger is … not bad at all! Details after the jump. 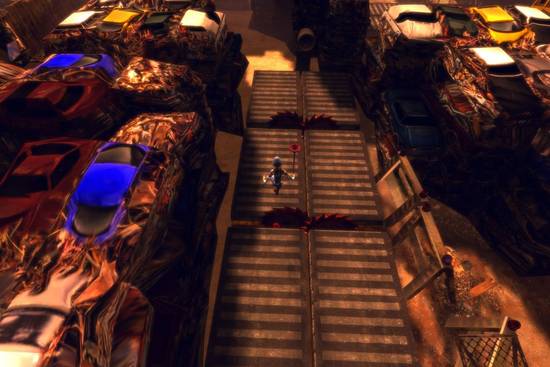 As the game is a port, Monster Madness: Grave Danger shares a lot in common with its predecessor. The story mode will follow four characters through a suburban nightmare that will have them battling through five chapters of monster-infested areas. Like the original, each character will have his or her own special weapons, and usable items are strewn about the environment for use against the monster menace. Weapons are also upgradable throughout the game, like a nail gun, rocket launcher, or the bee mine launcher.

Despite sharing much of the same content found in Battle for Suburbia, a slew of additions and significant changes have been made. The game now features 25 additional challenge missions, like the timed “Monster Fest,” and quick reaction games like one in which you must jump over or duck beneath spinning plates. These challenges not only add additional single-player content, but they are also used to unlock new costumes for the game’s four characters.

The game will also feature full four-player cooperative support throughout the game’s story mode, both offline and online, using the PlayStation Network. Two local players can play with two online players, or any other online/offline combination; players can also drop-in and drop out at will. The game will also maintain most of the versus modes found in Battle for Suburbia (with the exception of a few modes, like “Monster Hunter”). 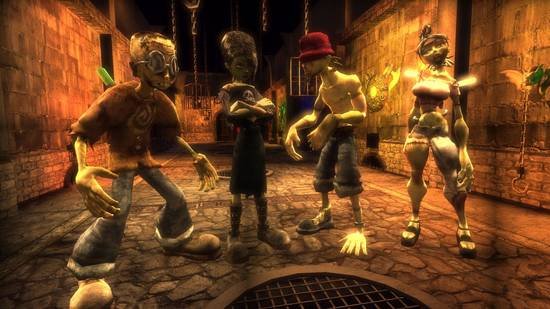 Visually, Grave Danger is certainly looking better than it did on the Xbox 360. The game’s lighting system and color palette have been re-worked, giving it a less saturated look. The overall effect is something that looks closer to a comic book than a sloppy use of Unreal Engine 3. Additionally, the camera system has been tweaked, and is now fixed, making it easier to move about the game’s environments.

But most importantly, the control scheme has been entirely re-worked from the ground up for the PS3 port. Gone are the over-complicated, headache-inducing controls of the original title. In Grave Danger, your character is controlled by the left analog stick and firing is done with the right analog stick; it’s not unlike Geometry Wars or Robotron, and it works and feels great. Jumps are no longer mapped to the ridiculous “click in” of the right analog stick, and can now be performed with the more obvious and comfortable “X” button.

It’s interesting to see another developer come in and basically “fix” the original developer’s vision of a title. But for PS3 owners looking to fire nails into the heads of ghouls with three of their friends, it’s a good thing. Psyonix’s port of the title is shaping up pretty nicely.