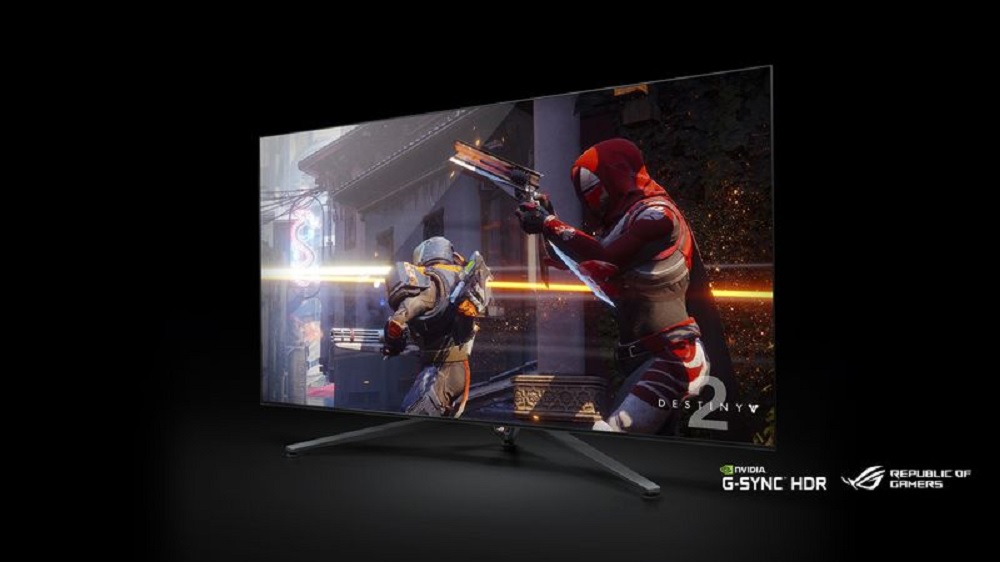 PC monitors have a lot of benefits over regular television sets in that they have incredibly low latency for basic inputs. What this means is that games tend to feel a lot smoother since the take it takes to register a button press is dramatically shorter than on a traditional TV. The only real downside is that PC monitors tend to cap off around 34 inches, so they have never been that large…until now!

Nvidia has unveiled, today, what it is calling “Big Format Gaming Displays.” Being shown off at CES this year, this new standard will be for a range of monitors with 120 hz refresh rate, Gsync capabilities, HDR color range, 4K resolution and obviously a massive screen size (65 inches is mentioned). An Nvidia SHIELD is also being integrated, for some reason. A bunch of different manufacturers are already lined up to create some monitors including ASUS, HP and ACER.

If you know anything about Gsync, it typically commands a premium for pricing. I actually just got a Gsync monitor during Black Friday and it set me back about $500 for a 25 inch, so I would imagine these new monitors will probably be about $6,000. That being said, I’ve been dying for someone to make a monitor like this for years.

I’ve always loved big screens for their color depth and ability to make even small things feel big, but televisions have a bunch of unnecessary image processing chips that ruin their PC gaming usefulness. The image scaling is also completely off on a standard TV, meaning your Windows taskbar ends up cut off on the bottom.

Still, this is going to be a pipe dream for most people. I doubt I’ll ever be able to afford one of these monitors, but this is only the first in what hopefully becomes a new line-up of massive screens. Maybe one day we won’t need to be spending multiple thousands to get a massive, excellent PC monitor.