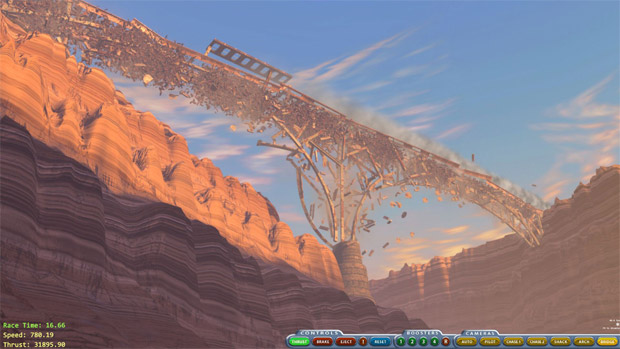 NVIDIA will be supporting PlayStation 4 with PhysX and APEX, it was announced today. Many of you will recognize the former physics technology by name, while the latter was not instantly recognizable to me.

According to the company, APEX “lets artists create intricate physics-enabled environments. They can expand the quantity and visual quality of destructible objects; make smoke and other particle-based fluids integral to game play; and create life-like clothing that interacts with the character’s body to achieve more realism in their games.”

My last memorable experience with PhysX was playing Borderlands 2. Every time there was a leaking pipe, I would always have to stop and watch the water (or sewage, or whatever) spray out. Sometimes, these effects can almost look out of place compared to everything else in the game.