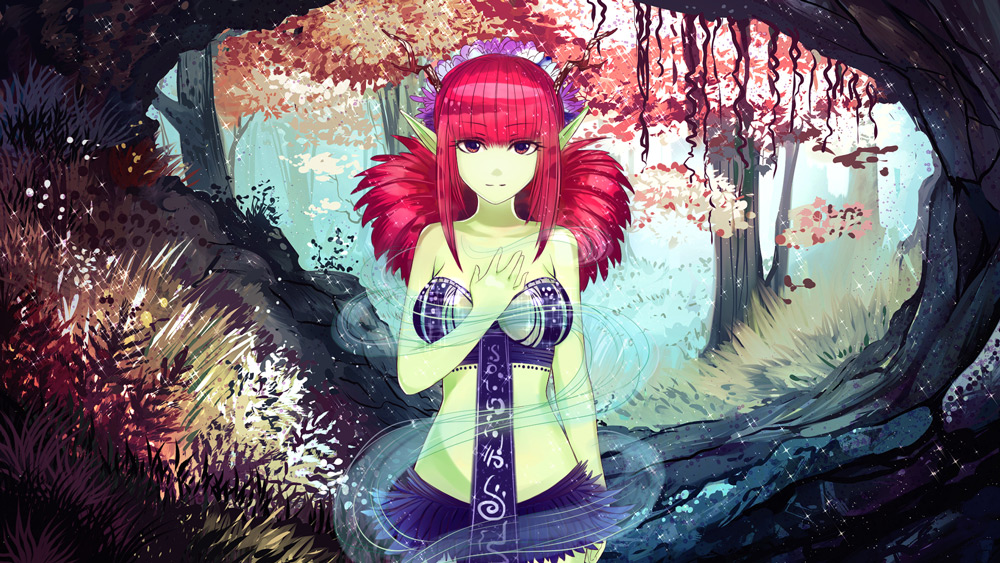 Earlier this year we told you about Kimochi Red Light, the crowdfunding site dedicated to those sexy games you see advertised on less scrupulous websites. That was back in February and honestly, things aren’t looking so hot for the service. It has just one campaign going right now, a VR game that will sync up with special sex toys. Running through its brief listing of past projects reveals more failures than successes.

From the Advance Wars-like with fucking to the Fallout Shelter-like with fucking to a goddamn clicker with fucking, the service has drawn a hodgepodge of campaigns for games that are like the ones we play, but with fucking. It could certainly use more though. A single campaign, one gunning for $50k, isn’t exactly a sign of a thriving market. Starting today, that could change.

Nutaku is starting its own network to bring together game developers and freelancers. Kimochi Classifieds will be a free service where developers can post openings for work on adult-oriented games. Beyond the obvious call for sexy-time artists, the service will also feature postings for programming, level design, music, QA, economy and more. Think of it as UpWork, but not as soul-crushing.

Payment for each job is up to the job posters and job applicants. According to the press release, both sides will have to come to an agreement on the terms and timeline of the job and will have to figure out payment method on their own. I have asked what steps Nutaku will take to protect job posters and this is what the team had to say:

While Kimochi Classifieds will not be responsible for payment processing, we condemn any actions that harm the freelance community especially failure to complete payment for work done. We recommend diligent efforts on both sides of the arrangement when developing terms and conditions to include strong language and clear timelines of payment. If notified of users abusing the Kimochi platform, they will be banned from accessing what will be a catalyst for the freelance gaming community.

Additionally, the great majority of Development studios or publishers looking for talent are ones we, Nutaku, have worked with in the past and have strong relationships with. We are confident they wouldn’t risk ruining their relationship with Nutaku and potential for future business by abusing the system or harming the greater freelance community. As a brand committed to the growth of the adult gaming industry, we certainly understand our responsibility to ensure fair play and we will do whatever in our power to ensure all parties are acting appropriate.

We live in the “Gig Economy,” so a service like this was only a matter of time. Kimochi Classifieds could be a great opportunity for the people who make those NSFW pictures I see in the Quick Posts on Catgirl Fridays to get paid for their smut.

That is if people actually use it.

Nutaku has more than 50 million visitors a month, so obviously, there is a demand for 18+ entertainment. What we need now is for people to get serious about it and demand more engrossing experiences outside of the standard visual novels and casual games. Hopefully, bringing together artists and developers scattered across the globe will lead to some fruitful endeavors.