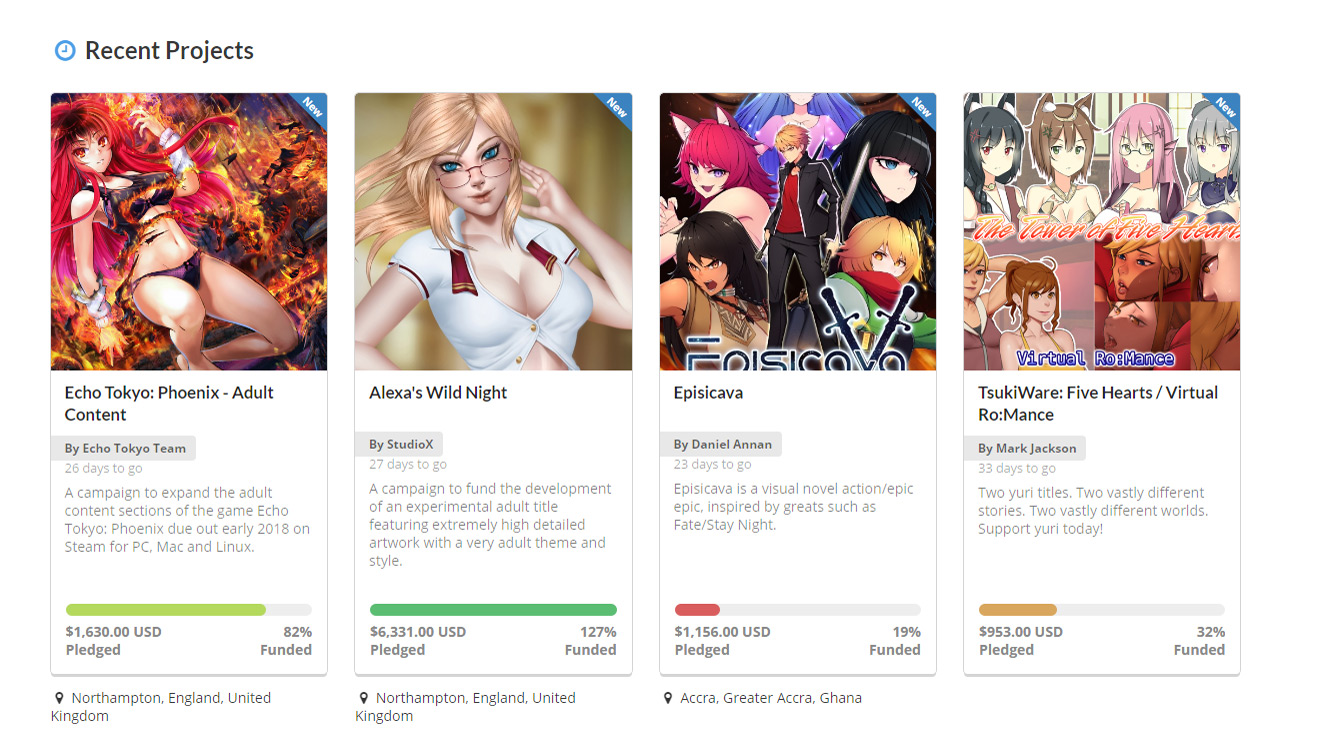 Well, technically, the Red Light crowdfunding platform is for age 18+ games, and I guess that could include titles with excessive violence like if anyone ever tried to make a video game based on Blood Meridian, but I feel as though those types of titles will be very few and very far in between. Let’s be honest, anyone going to this website is going for the sex. Kimochi Red Light had a soft launch last month ahead of today’s official launch and people have already opened their wallets, fully funding a few of its very NSFW projects.

One look at the Kimochi Red Light page and you’ll think you’re looking at a cheap knockoff of Kickstarter. In fact, it almost looks like a poor copy-and-paste job. Despite having the term “red light” in its name, the site appears far too sanitary when compared to the content found within. Not saying this should just be some cheap, seedy looking website, but it should at least try to get me in the mood to donate what little free money I have to games about fucking.

If and when I do donate money (come on Coming Out On Top 2!), I’ll know that every dime I give is going directly to the developers. Kimochi won’t take any money from successful projects, which is good because I can’t imagine the draw of porn games is so widespread that these campaigns will bring in tens of thousands of dollars. Looking at the titles currently on the site, most are aiming for a few grand to fund their art. One, Dimlight City: Brothel Builder, is trying to raise $20,000. The game, reminiscent of a sluttier Fallout Shelter, has stretch goals all the way up to $40,000.

I think it’s nice we have something like this, and I hope we get some experimental game makers to try creating something other than visual novels. The website has some lofty expectations, with categories already created for side-scrollers, RPGs, and MMOs. I personally would love to see an adult take on Professor Layton called Professor Gayton & the Mysterious Hole complete with FMV cut scenes.