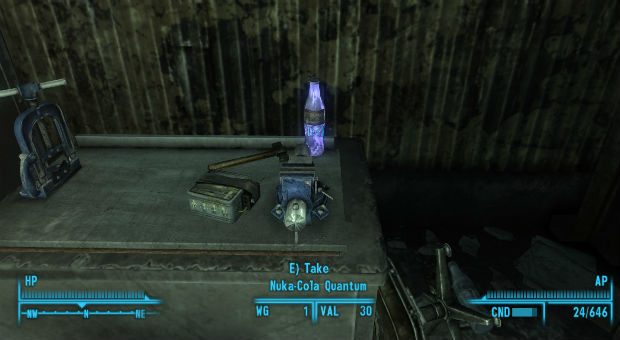 It’s definitely not for a beverage

Nuka Cola is a favorite of both vault-dwellers and laypersons alike, so it should come as no surprise that the name is a familiar and beloved one, but what exactly does ZeniMax plan on doing with the trademark if it ends up beings granted? Joystiq reached out for comment for additional information, but alas, none was supplied.

As Joystiq points out, two of the trademark applications are aimed at videogames and electronics, with a third covering clothing. This could hint at a sequel, a remake, or just about anything to do with merchandising. It could also mean nothing just the same, but I like to have things to look forward to, so I’m going to assume this is all for a really cool advertising campaign like the fictional “Dunkaccino” bit with Al Pacino. Nuka-nuka-nuka-nuka-nuka cola! Probably not, but it’s still kind of fun to think about.

What do you think is brewing in the wasteland?