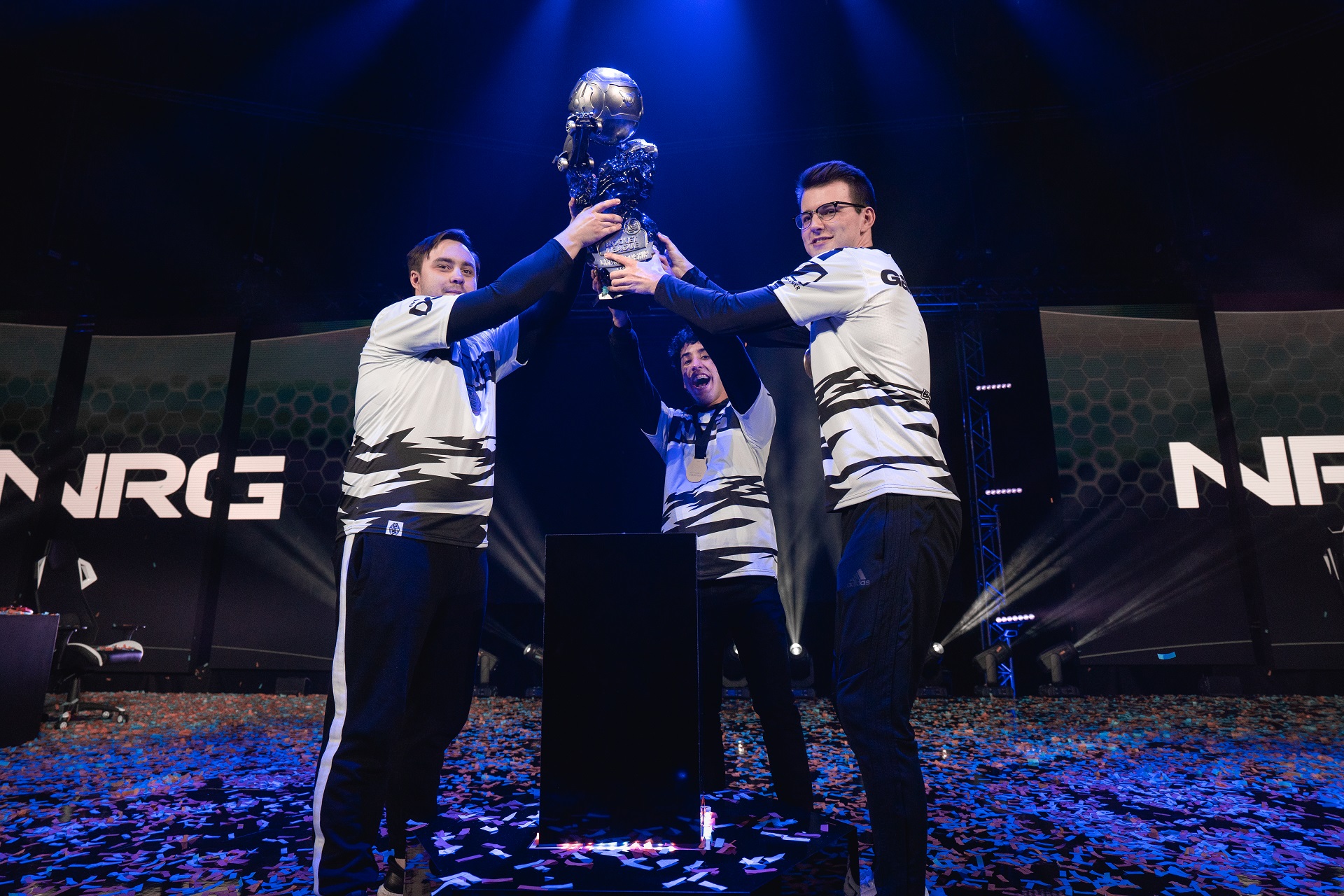 In 2001, the Seattle Mariners signed Ichiro Suzuki from the Japanese major leagues, a landmark international transfer at the time. It paid immediate dividends. The Mariners were transformed into world-beaters, tying the record for regular season wins.

NRG has a similar story. After the retirement of longtime NRG staple Fireburner this summer, GarrettG and Jstn looked to Europe to fill the void. They imported three-time world champion Turbopolsa, relocating him to North America in hopes that they’d finally exorcise their demons and become Rocket League world champions.

That’s where the parallels between the Mariners and NRG end. The Mariners fizzled out quickly in the playoffs. NRG didn’t suffer the same fate. NRG went on to become the best team in Rocket League.

The RLCS Season 8 World Championships in Madrid were surprisingly light on drama and surprises. European one-seed Team Reciprocity were eliminated sooner than anyone would’ve expected. Surprisingly few matches went to a final deciding game. All the excitement was saved for the Grand Finals.

NRG and Renault Vitality put on an absolute show in the Grand Finals, leaving the result for the seventh game in the best-of-seven series. It was a tense back-and-forth. Jstn opened the scoring with an incredibly creative aerial fake where he pulled off the ball to demolish the netminder. A bit later, a mad scramble on the NRG goalline resulted in Vitality brute forcing the ball into the net. Five minutes couldn’t resolve this.

THE PLAY OF THE YEAR. @Its_JSTN ARE YOU KIDDING?! UN-REAL. #RLCS8

It didn’t take much longer than five minutes, though. Fewer than 30 seconds into overtime, GarrettG found a booming clear down the pitch, and Jstn streaked through the air on the right side to perfectly place it past a Vitality team that had committed just ever-so-slightly too far forward. At long last, NRG, who originally started as Kings of Urban before being signed by NRG, are the Kings of Rocket League.

This. Is. Rocket. League. pic.twitter.com/WDqG1OCnnu

It’s a fairytale ending for NRG who had a depressing record of underwhelming finishes and heartbreaking defeats at LANs. “Cursed” is a word that routinely came up. This team that couldn’t get over the hump when it mattered most has finally gotten what it deserved long ago.

For NRG, each player cements a different piece of their legacy. Turbopolsa was named the tournament MVP and became the first person to win four RLCS titles. He also proved that switching regions is viable; Drippay moved from Oceania to North America to play for Evil Geniuses before Season 7 but it was a failed experiment.

Jstn now has the two most iconic goals in RLCS history, this clincher joining the breathtaking zero-second seventh game goal in the Season 5 Grand Finals that sent it to overtime. Ironically, Turbopolsa, then with Dignitas, was the one who scored the winner in overtime to rip the trophy out of NRG’s hands in the cruelest fashion imaginable.

It has to mean the most to GarrettG, though. Garrett has been one of the world’s top players for years now, but his personal accolades had never really turned into team success. He had been the face of NRG’s shortcomings — probably unfairly — throughout all these tournaments. It would’ve been criminal if he ended up retiring without a trophy. He’s just too good. Now that he’s gotten the monkey off his back, it’s Rocket League‘s feel-good story of the year.