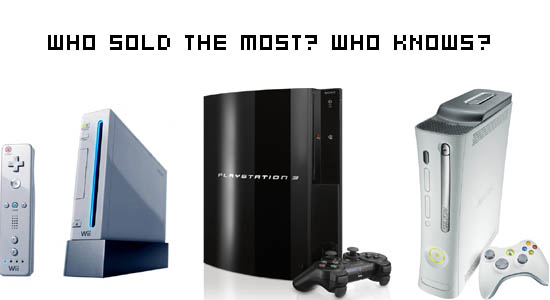 There’s some new bad news for all of the game news junkies (I’m with you, guys) out there. Newsweek’s Level Up blog tells us that the NPD is going to start cutting back on the data they’ve normally openly shared with the non-paying public in the past.

For starters, no more hardware sales data. Sony, Microsoft and Nintendo will of course be free to release their own sales info—and presumably leak that of their competitors, if it’ll make them look good—but we will no longer receive that data from NPD. Software sales figures will only be given for the Top Five SKUs, not the Top Ten as we normally receive. We’ll eventually receive hardware numbers and Top Ten software numbers, but only on a quarterly and annual basis. There are signs that this may only be a temporary pullback, but for now, this is were things stand.

Oh no! How are we going to back up our fanboyish console war arguments now? Don’t tell me that we actually have to stop bickering and play these damned systems now.