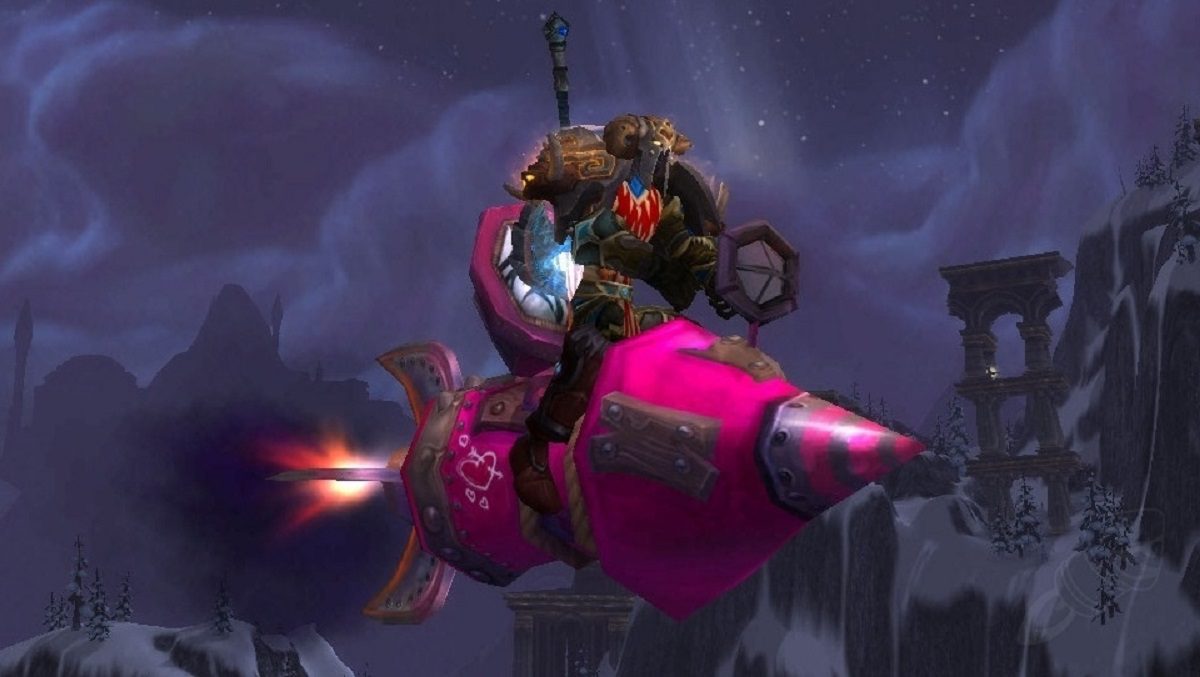 You have until February 22

At this point, seasonal Blizzard events are like clockwork.

Unfortunately, they’re not as unique as they once were: that goes double for say, Overwatch, which can feel on maintenance mode at times. Similarly, World of Warcraft just brought back their Valentine’s Day event, which has a few timed goodies in tow.

It kicked off already, but will be running through February 22 in Orgrimarr for the horde and Stormwind for the alliance. “Love tokens” are once again the currency, which can grant you goodies on top of the heart-shaped box loot: which grants the true keeper rewards.

The real stuff is from finishing the dungeon finder event (Apothecary Hummel), which can randomly grant you a Big Love Rocket mount, Or you can opt for the safer Swift Lovebird by handing over love tokens. Pets, heirlooms, toys, and other bonuses are also fair game until February 22.

All you need to do to reap most of the rewards is have a character that’s level 10 or above.

Love is in the Air Has Begun [Battle.net]