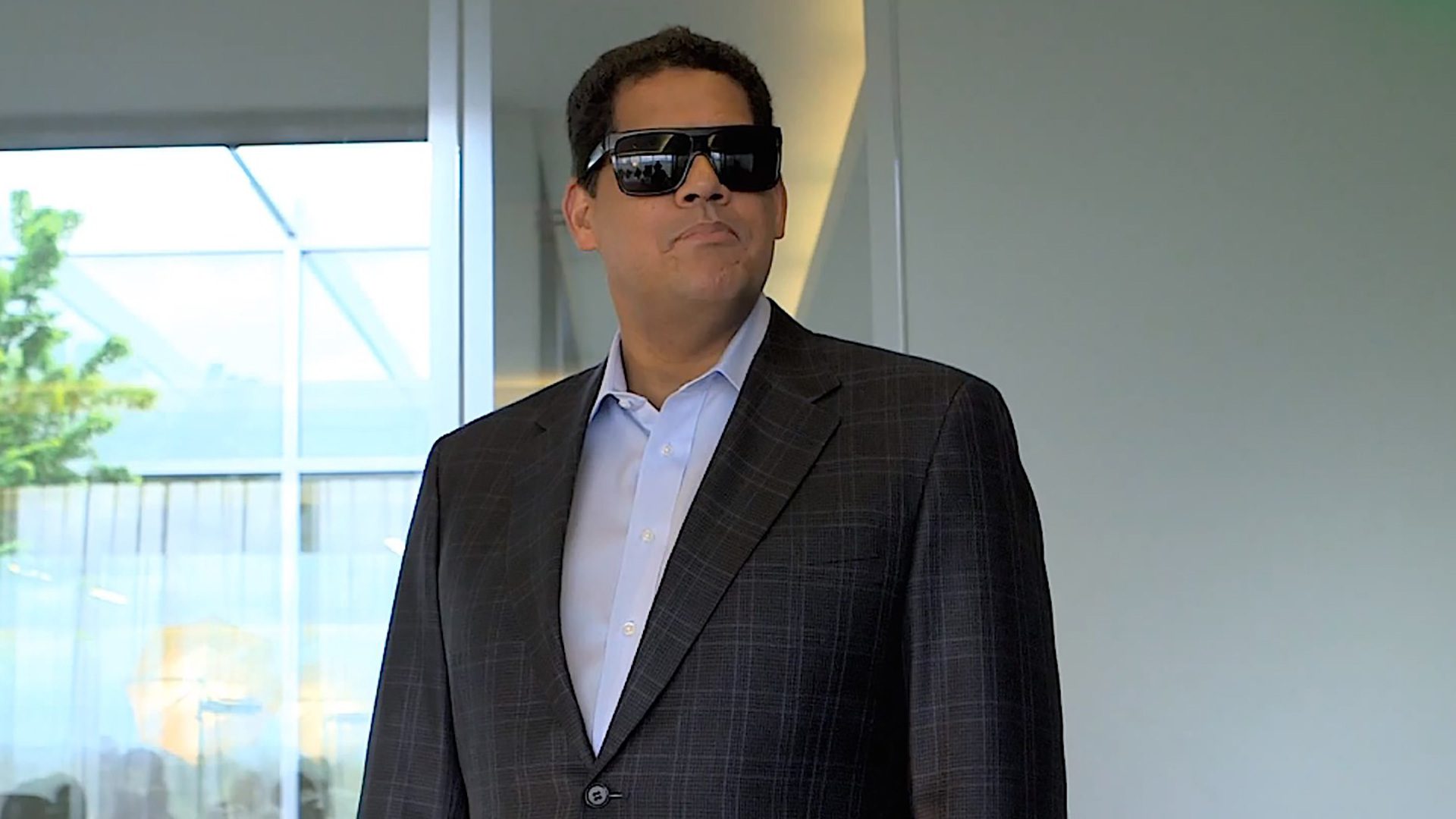 Former president of Nintendo of America Reggie Fils-Aimé hasn’t had much time for rest and relaxation in the year since he retired. Reggie has stayed busy with high-profile activities like lecturing Cornell students about economics and joining the board of directors at GameStop. At least he’s kicking up his feet a bit, albeit in Animal Crossing.

While we’ve missed him in Nintendo Directs (speaking of: we’ve been missing Nintendo Directs altogether), we’ll soon get Reggie’s sweet dulcet tones delivered straight to our eardrums. Reggie’s starting a podcast! It’s a collaborative effort with the New York Videogame Critics Circle, as Reggie’s accompanied by journalist Harold Goldberg in the bluntly-titled Talking Games with Reggie and Harold. It’s scheduled to be a seven-episode series, and Geoff Keighley is the first guest.

It’s nice that he isn’t disappearing from our lives completely, but the podcast has nobler aims than merely a one-way hotline to Reggie. The podcast is a charitable effort, as it’s raising money to provide youths in New York-area homeless shelters with video games. Anyone who’s interested in donating can check out the GoFundMe campaign.

Contributing isn’t necessary, though. The podcast will be free for everyone. However, donors have some exclusive opportunities such as: Getting extra podcast content from Reggie and guests, participating in a charity auction for rare memorabilia (a given example is a Miyamoto-signed issue of Nintendo Power), and having the opportunity to ask Reggie a question for the show.

There’s no word as to when the inaugural episode of Talking Games with Reggie and Harold will be ready. It could drop at any time. Just make sure your ears are ready. Full-body exertion probably isn’t required this time.