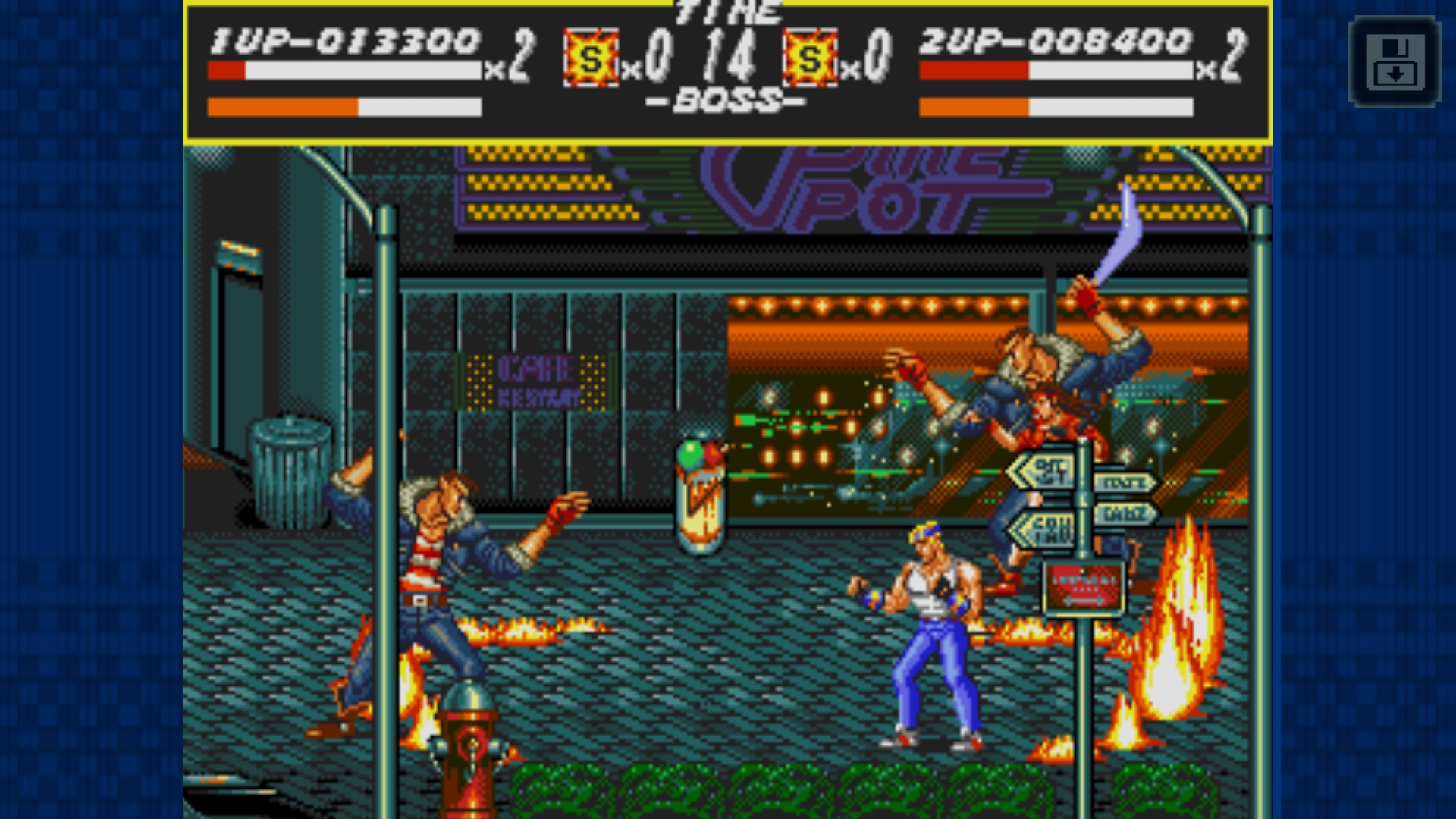 Fisticuffs on the go!

The latest addition to Sega Forever, Sega’s growing collection of free-to-play mobile re-releases, is the classic brawler Streets of Rage. One of the best features of the game was its simultaneous co-op, which was a rarity back in the day. While there won’t be same device multiplayer, this new port does feature cross-platform play between Android and iOS devices, so you’ll be able to duke it out with your buds regardless of your affiliation.

You can nab the game on the Google Play and App stores for the low price of free with some light ad support. Along with that cross-platform play, all Sega Forever games boast Bluetooth controller support, online leaderboards and cloud save capabilities. You can also pay $1.99 to remove any ads from the title, should they become too annoying.

I remember the first time I played Streets of Rage was at a friend’s house years after its release. I had missed the game on the Genesis, but my friend kept all his old hardware and was sharing a bunch of classics with me. We loved the ridiculous ultimate attacks where a police force would come in with rocket launchers and bomb the shit out of everyone. Talk about police brutality.