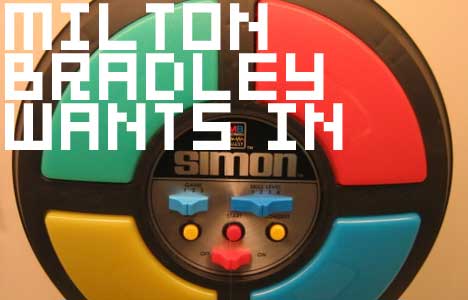 The complaint was filed yesterday in a federal court in Boston, home-base of Harmonix Music Systems. The complaint seeks to stop the sales of Rock Revolution, plus cash compensation. Considering the profits from sales of Rock Revolution would hardly cover the cost of an E.T. the Extraterrestrial videogame-like pit to bury the remaining copies of the game, one can estimate Viacom and Harmonix stand to gain somewhere in the range of $34.79 here.

According to the Bloomberg report, the Viacom patent (filed last December) on the instruments claims that it improved on early videogame music controllers, citing Beatmania as an example of older inventions. Hard to argue there — have you guys seen those big wooden Guitar Freaks arcade controllers? Yikes.

We’ll be watching this one closely, if only because the whole situation is headed in an “LOL funny” direction we wouldn’t want to miss.