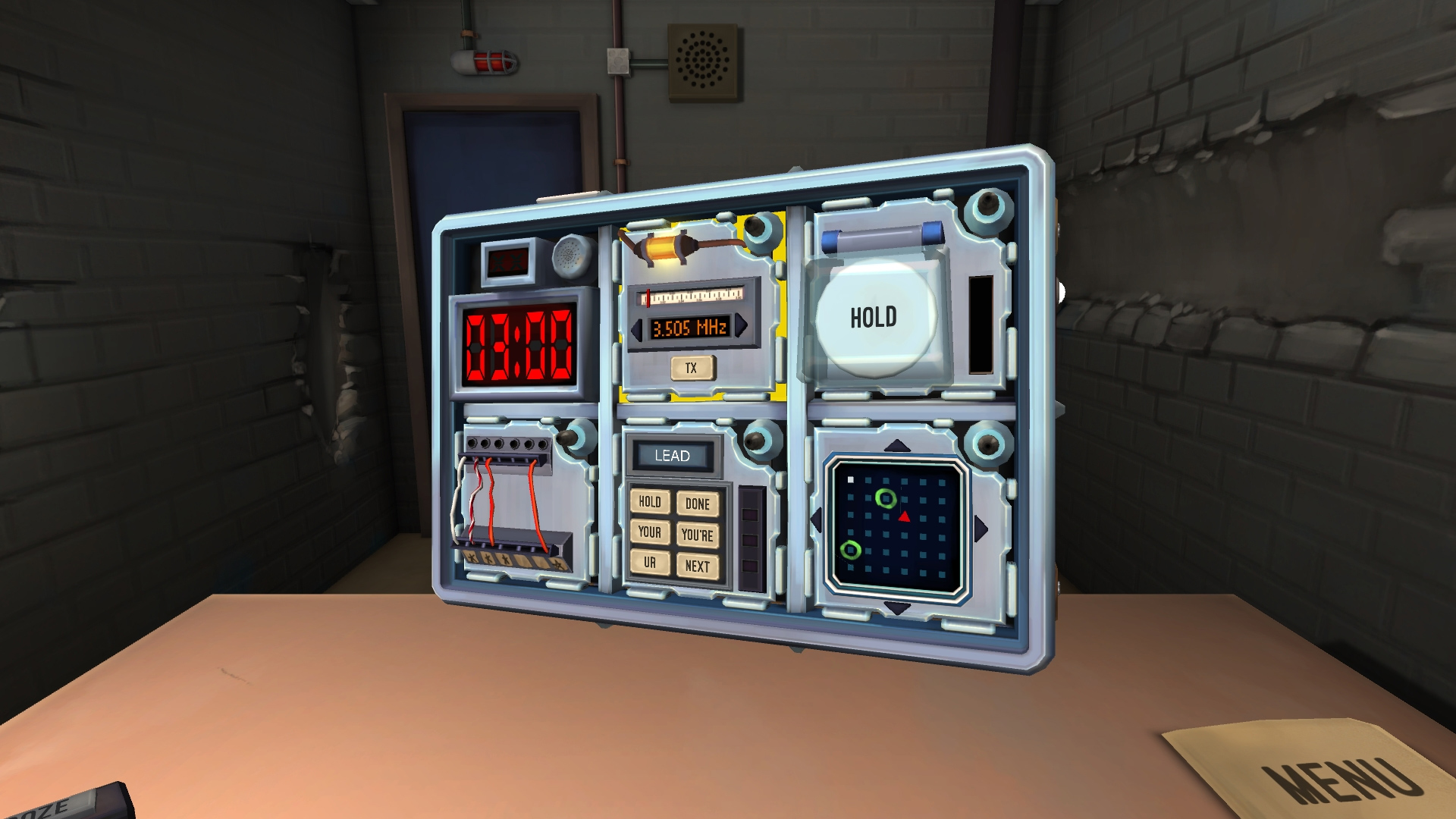 Learn from the best

Keep Talking and Nobody Explodes is a game about defusing bombs. And teamwork.

One person is presented with a randomized bomb that no one else can see or touch. The other players are blind, but they have access to the game’s Bomb Defusal Manual. It contains a set of highly specific instructions they’ll need to interpret and relay back to the defuser.

That’s just one type of module (and a basic one at that). Let’s see how complicated it can get:

What an intense ending.