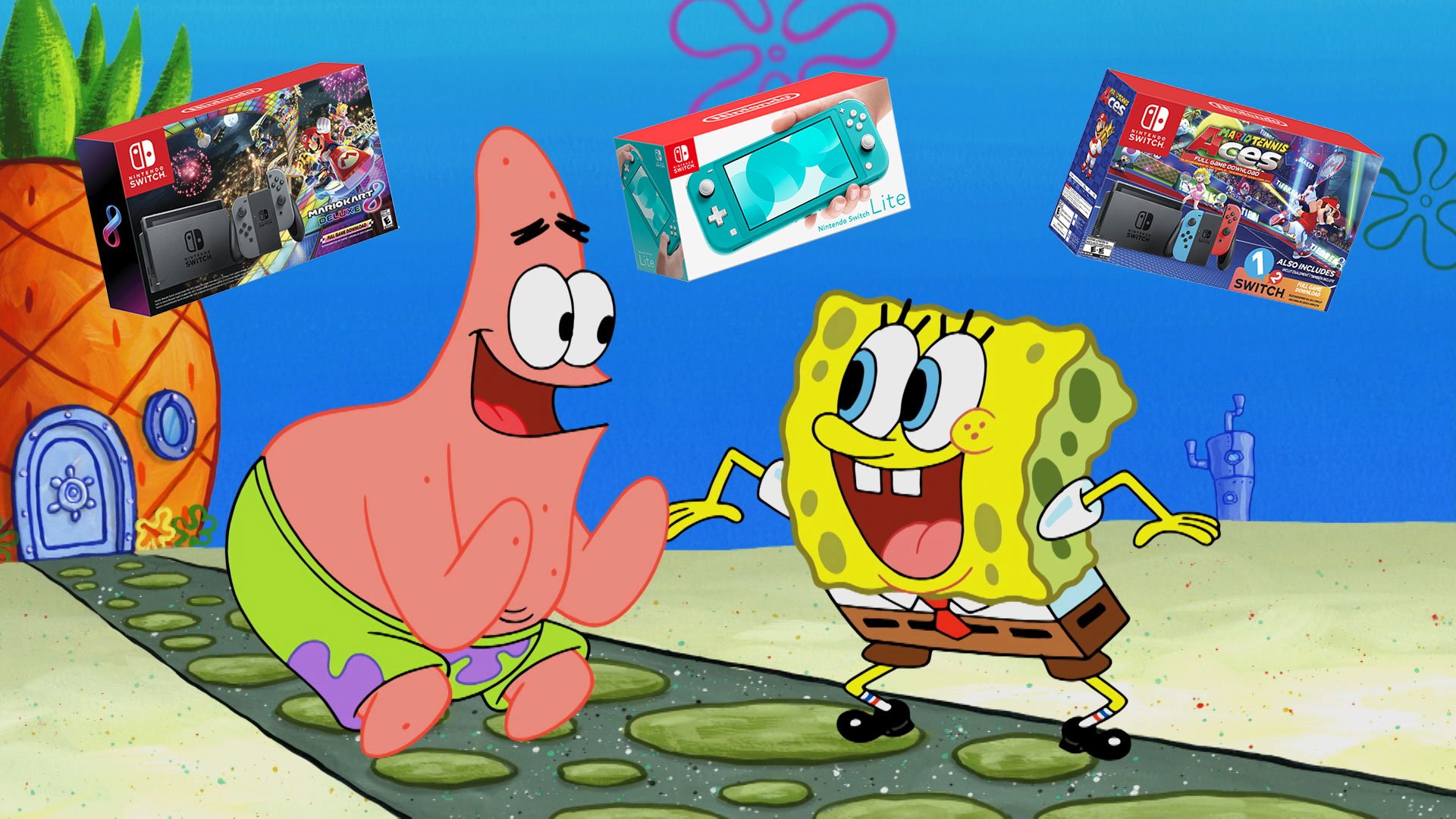 $30 Breath of the Wild and lots more

It’s just shy of 11pm Eastern and Black Friday deals for the Nintendo Switch is popping live across the web. Since this Saturday, numerous deals have gone live but most have been just okay at best. Thankfully, things are slowly turning around as more Nintendo Switch console bundle deals are appearing online.

Walmart currently has the two holiday bundles of Mario Kart 8 Deluxe and Mario Tennis Aces + 1-2 Switch in stock, for $299 and $329 respectively. If you don’t really care about the games included, the next bet deal in our opinion is the Nintendo Switch Version 2 console at GameStop for full price, but GameStop is throwing in a $25 gift coupon as an extra incentive.

For Nintendo Switch Lite Black Friday deals, you’ll probably need to search far and wide for anything that’s decent. So far we’re seeing a modest deal at Walmart where you can pick up the Turquoise color console for full price with a bonus free case ($10 value, yay). Another more interesting deal with a street value of around $25 bonus are the Switch Lite bundles at Kohl’s, which are priced at $250 and $245, and in return for buying more random accessories bundled in with the Switch Lite, you’ll receive $75 or $60 cash to be used after Cyber Monday (good for online or in-store). If you don’t shop at Kohl’s these aren’t as strong of an incentive.

Finally, game deals are actually very decent with many 1st party Nintendo titles at up to 50% off! Example includes The Legend of Zelda: Breath of the Wild for only $30, Super Mario Party for $30, and more. Just a note that some of these are already showing stock issues, so you’ll need to act quick if you see something you like.

Update 11/29: This should be the last update for this post as we rounded up the latest Nintendo Switch console system deals for Black Friday. As of 2pm Pacific, most deals below are still valid. Note that the deals at Rakuten with BF20 code will expire later tonight.