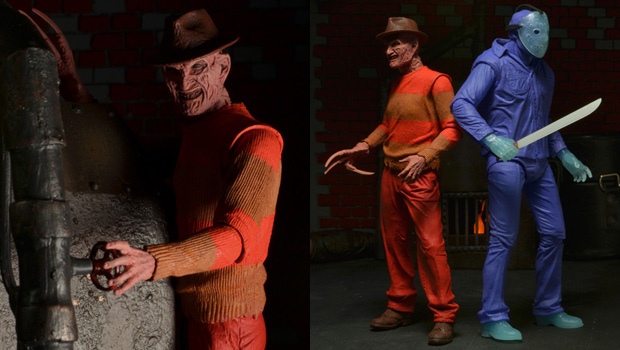 Jason has a playmate

And the world becomes a little bit better.

Hot on the heels of NECA’s incredible videogame Jason Voorhees, which sold out super fast at San Diego Comic-Con, comes videogame Freddy Krueger. Like his Friday the 13th counterpart, Freddy’s look is based on his sprite in the LJN-published A Nightmare on Elm Street on the NES. Whereas Jason is bright and purple, Freddy is red from head to toe.

The seven-inch figure will be available this November but will be limited to a single production run. It doesn’t seem like it’ll be a con-exclusive like Jason was, though I doubt that’ll make it any easier to obtain. If you do manage to snag it and already own Grimace up there, you can film your own Freddy vs. Jason 2 using stop-motion animation!

By the way, did you know that it was Rare who actually developed the NES Nightmare? Or that Atlus made Friday? What happened there?