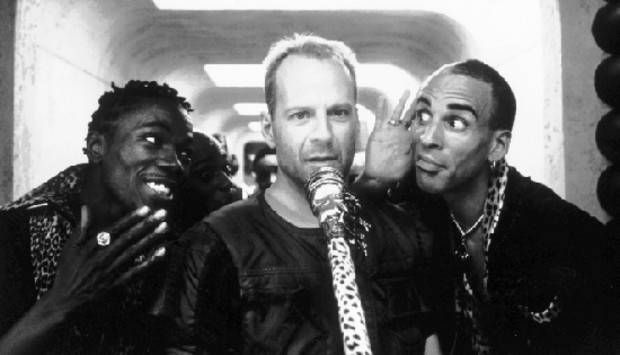 I know it’s been a while since you’ve heard from me, my last article being a lot shorter than usual on top of it, and it’s for various reasons. But most of all, it was apathy.

You see, in the past week, I felt like writing nothing at all. I wasn’t particularly busy, I had plenty of time, but I chose to do other things that were much more meaningless. But during this time, and thanks in part to a Kid A/OK Computer binge, I played with an idea: is it all meaningless? I mean, I love videogames just as much as the next person, but with my much-too-early-in-life existential crisis left me wondering why it is that I find solace in these pieces of digital art.

As an 18-year-old, I was raised in an odd time where 90s nostalgia has a firm grip on me, but 2000s uncertainty’s raised me. Looking back, we find that overall, the 90s was a decade caked in fear and paranoia, yet none of us really knew until it was past. It’s only after we see what has gone that we can understand what to do, and for that reason, the 2000s have struggled to find an identity. With the past decades being turned into clothing styles rather than times (With the 70s being bell-bottoms and the 90s being ripped jeans), we’ve hit a point in time where our society has decided to worship times past rather than concern itself with the present.

We live in a world of instant nostalgia where everything from out childhood is worshiped and we find it hard to call anything new classic or better than what we recall. For this, we pay with originality. Enough social commentary and more videogames; in a society where our brains have been partially digitized, we feel it necessary to pay homage to the past. We worship a God clad in a Thundercats shirt sipping on a surge; the Bible is written by Shel Silverstien and illustrated by Dr. Suess. We cannot separate ourselves from our past, especially in a medium as young as videogames. We’ve been taught that videogames must abide by strict laws, where the goal is to make it to an end, where credits roll, but are never skipped; after all, there may be a surprise after them. Why do all videogames have to be about a means to an end? Why do they have to be about a hero overcoming evil, or a young boy’s journey to becoming a hero himself? In fact, why do games need to be about telling a story at all?

When I say story, I mean a cohesive narrative that follows characters until a conclusion is reached. How about instead of a game about an uber-masculine man chainsawing aliens, we have a game about a caterpillar. This caterpillar must overcome the difficulties of enemies, of which the entire world is filled of, and he must turn into a butterfly, so that he can die beautiful. It can be an allegory for how we treat life and it can be a beautiful look at the futility of existence, one in which we wonder what we can accomplish before death instead of what we truly want. Unfortunately, this will never happen.

That game would never be made, and if it was, it’d be a side-scroller with a cartoon caterpillar and the end would be him overcoming his difficulties and settling down with a beautiful female butterfly and being happy. It would be crap, but critics would give it a 7/10, because quality can be summed by numbers, and it’d be compared to a Disney film. People would buy it, love it, play through another side-scroller named Braid, skip all of those stupid books, get stuck, check an FAQ, and beat it without a second thought. They would say it wasn’t that great, but it looked kind of pretty, and that Super Mario Bros., or if they’re feeling particularly saucy, Super Mario Bros. 3, is still the best game ever. They are the same people that comment on YouTube videos of music they don’t like, tell everyone how terrible it is with a shattered sense of language, and then go and listen to they’re favorite band Three Doors Down, whom they recently discovered on the 90s rock radio station. Other favorites include Nickelback and Seether, but definitely not rap or country, because those are less legitimate than a bunch of white 30-somethings singing things that they found right out of they’re first girlfriend’s High School Poetry Project for English class.

That’s the kind of world we live in, and that’s who would play the Caterpillar game and complain that it was stupid and gay and other things that sound equally ridiculous. These people sometimes grow up to develop videogames about Soldiers killing Aliens or terrorists in a First-Person Perspective, but really it’s all about the multiplayer. I shudder at the thought that plenty of people actually exist.

The question is not how long until we overcome this idiocy, but rather what are we missing out on? Are we allowed to have mindless fun? Of course, more power to it, but there’s a difference between mindless fun and the spreading of ignorance and stupidity, of which, the current videogame market is full of. Not every game must be a masterpiece about the struggles of humans and animals alike and full of philosophical questions about who/what we are and where we are going, but when will we see at least more than one flawed attempt a year?

Who really knows. We will continue to play the same games over and over again, with the same tired ideas and gameplay. Most people will never wonder about anything they are exposed to during their journey through a game, and the the people that do ask will eventually turn out disappointed like the sad bastard that wrote this. But who cares, right? I’m taking videogames too seriously, they’re just supposed to be fun! After all, why should I take videogames seriously when they don’t even take their audience seriously? But really, when you think about it, should they?