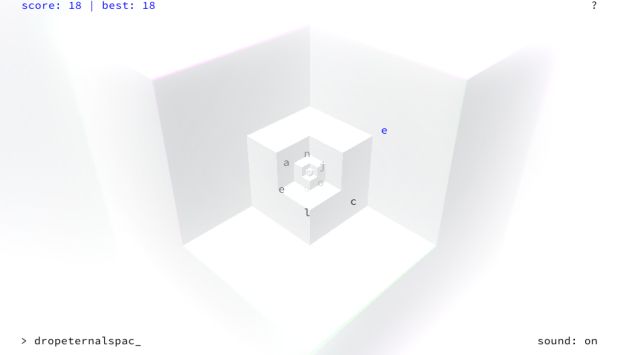 How long can you last?

Notch’s new game is called Drop, and it’s a simple little speed typing game that you can play right in your browser. Well it starts off simple enough, but then things quickly change and you start to doubt your typing skills as you fail over and over again.

Basically, imagine Super Hexagon as a typing game. Notch says Terry Cavanagh’s game was an inspiration for Drop, along with the ending of Fez, and his own ceiling. The time you have to type out letters decreases the longer you go, and missing a character increases speeds even more. How long can you last?