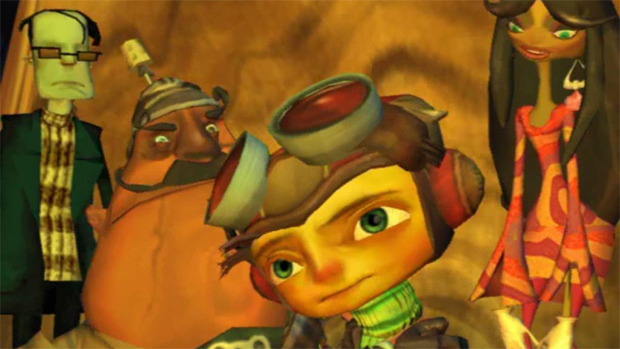 Just as Double Fine were about to announce their now highly-successful Kickstarter campaign, an interesting Twitter exchange between founder Tim Schafer and Mojang founder Notch set the online world into fits of hysteria, as Notch made an offer to fund a sequel to Schafer’s cult classic Psychonauts. The tweet was half a joke until Schafer gave it weight by responding that the two should talk about it.

Today, Notch has spoken out about the status of this project on his blog and is pleading people to temper their expectations. Stating that he’s only communicated briefly with Schafer on the subject, he laid out some of the information he has, including that the cost to produce Psychonauts 2 was three times what his expectation had been initially and that other investors besides himself are interested in the project. So there are a ton of things which would have to clear up before any movement could happen and with Double Fine wrapped up in their adventure game, it could be some time before work could even begin in the first place.

To Notch’s credit, he really sounds like he just doesn’t want to let anybody down and I appreciate that. So, chill out, internet. If Psychonauts 2 can happen and Notch can fund it, awesome. In the meantime, try not to get your hopes up too high.

Hype! [The Word of Notch]