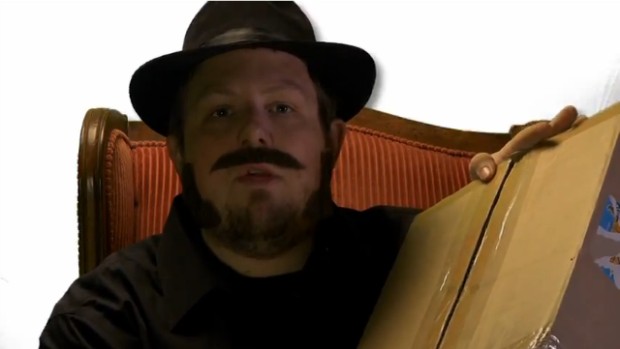 He wants to create a Valve rather than work at Valve

Most people that are even remotely interested in the videogames industry would figuratively kill (maybe literally!) for a shot at interviewing at Valve, let alone securing a job there. Markus Persson, better known to the gaming community as “Notch”, did the former on accident, and then turned down a job offer.

In an excerpt from his book Minecraft: The Unlikely Tale of Markus ‘Notch’ Persson and the Game that Changed Everything, which was republished by AllThingsD, Notch tells of the time that he was invited to visit Valve as Minecraft‘s beta was taking off and generated quite a bit of buzz.

After touring the studio and meeting Gabe Newell, Notch sat down in a meeting room to chat with one of Valve’s human resources representatives. He told a bit about himself and his plans for Minecraft before realizing that he was midway through a job interview.

Eventually, he was told by the member of HR that the company wanted him to become a Valve employee, and asked if he was interested in joining. Notch politely declined the offer, stating that it was one of the toughest decisions he’s ever had to make.

His reasoning for turning down employment at Valve was ambitious and laudable. “Somehow, I felt that Minecraft was my chance to create a Valve, rather than work at Valve,” he said. He may not have created a behemoth of that magnitude yet, but he’s certainly on the right path.