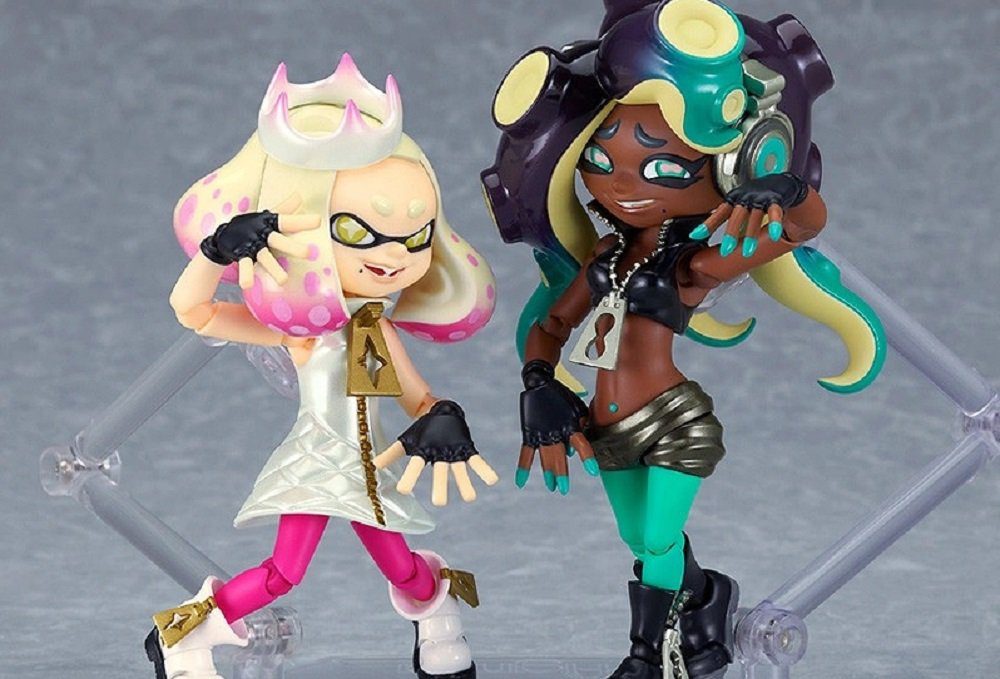 When I was younger, I wasted so much money on merch and memorabilia. I used to go to comic and film fairs quarterly, with pockets full of hard-earned income, then traipse home loaded down with plastic junk I absolutely did not need and ultimately failed to validate my life. Since those heady, carefree days, I rarely purchase figures, models, and statues with the same reckless abandon…

…Then Good Smile revealed their Splatoon 2 Pearl & Marina Figmas and ruined everything.

Originally teased back in July, the Off the Hook duo will soon join Good Smile’s huge range of colorful, nicely detailed, and highly poseable figurines – all of whom are based on a catalogue of heroes and villains from video game franchises such as Overwatch, Persona, Metroid, Silent Hill, Sword Art Online, and Fire Emblem, among others.

Pearl stands roughly 3.5 inches in height, while her Octoling pal Marina is a little taller at just under four inches. As with previous Figma releases, Pearl & Marina come packaged with alternate faceplates and hands, as well as an accessory pack featuring a microphone, Pearl’s trusty chair, and Marina’s DJ decks for when she’s spinning the platters that matter.

Figmas retail for premium prices at the best of times, but as Off the Hook are sold as a double-pack, the rap-rock duo will be retailing for an expensive $147 USD. Had I known this, I wouldn’t have pre-ordered a PS5, as I’m preeeetty confident that this is a better investment. Then again, I’m also on a helluva lot of medication today. Tomorrow, I expect cooler heads will prevail, and I will ultimately stick with the duo’s equally fun, (and miles cheaper), amiibo equivalents.

The Splatoon 2 Pearl & Marina Figmas can be pre-ordered today over on the official Good Smile website. The pre-order period will close January 14, 2021, with the gals expected to ship in June 2021.