Does Brady make the grade-y? *sigh*

Resident Evil: Revelations has plenty of callbacks to Resident Evil 1 and Resident Evil 3, games that pre-date the internet as we know it today. Back in those dark and sorrowful days, the only way you could read about a videogame in great detail was through strategy guides. Resident Evil 2 and 3 had particularly fantastic strategy guides from Versus Books. They not only helped you to improve your performance in the games, but they also offered a sometimes hilarious look at the games’ content, and even dug into the games’ code to unlock unused content that would have otherwise remain unseen to most.

Flash forward to 2013 to an era where strategy guides are far less essential. The culture around games is now largely dictated by the internet, not print media. Brady Games’ guide for Resident Evil: Revelations has a lot to do if it means to justify its existence in this modern world. 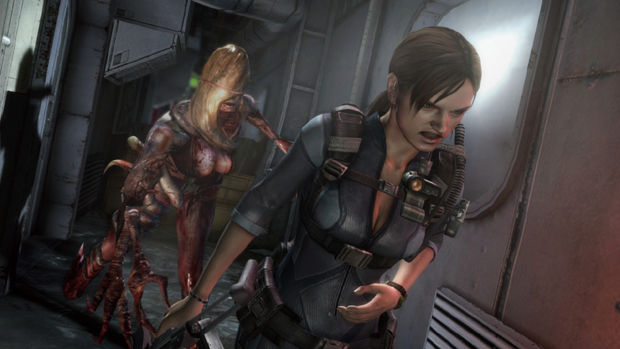 The internet is great for finding information that you know that you need, but what about information that you didn’t know you needed? That’s where old school media like radio, television, and books are at their best. The RE:Rev guide does an above average job of providing you with this kind of information. For the most part it is extremely detailed. I would have never known that the best time for Jill to run forward in the game’s 3rs Scagdead encounter is right when Parker says “time” in the sentence “Sorry, but I don’t have time for the likes of you”. It’s clear that the guide’s writer went through the game with a fine tooth comb.

Both the campaign and the arcade style multi-player enabled Raid mode are similarly detailed. A beastiary (complete with stats, strengths, and vulnerablities), arsenal catalogs, detailed maps, boss strategies, recommended load outs, all unlockables, optional pick-ups, hidden item locations, and notes on how to better tackle the game on multiple difficulties are strewn throughout. 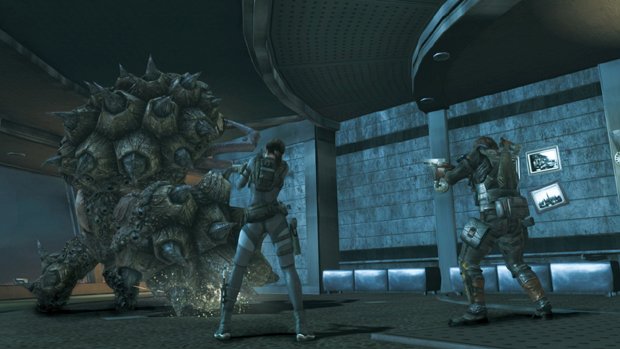 Story spoilers are at a minimum. There are few hints as to the events in the game’s narrative, but only as it relates to how it plays. There is plenty of other content her to keep you occupied. If anything, the book may be a bit bloated with content. Maps generally fill half a page, though they don’t give a lot more information than what’s provided by the in-game map. They could have been a 1/4 of a page or even smaller and been just as useful.

All those maps are given the half page treatment again in the section on the game’s Mercenaries-style Raid mode…three times. Yep, you get a map for each of Raid mode’s three difficulty settings. It feels redundant. The locations of items are different between the campaign and the various difficulties, but they really didn’t need to waste all that page space just to let us know that. 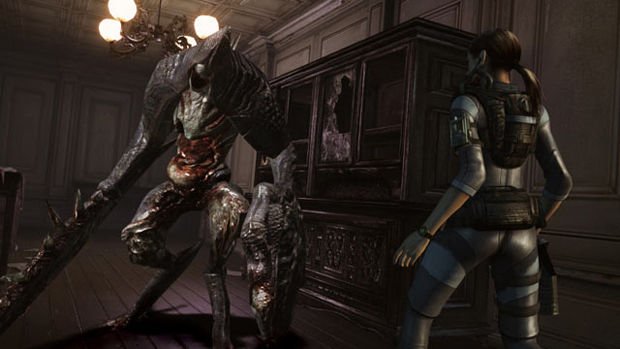 With that much overkill on the maps and the books general attention to detail, you’d think that it wouldn’t have left anything out, but there are a few glaring omissions. The rare enemy Scarmiglione gets a spot in the Raid mode beastiary, and is discussed on a case-by-case basis in the body of the guide, but is missing from the campaign mode beastiary. It’s too bad, because the little descriptions in the campaign beastiary can be a lot of fun. The Sea Creeper is described as a “…the mermaids of your worst nightmare.” It would have been nice for the publisher to cut a few maps to give space for every enemy to receive a similar poetic ode.

The real clincher is lack of detailed description on how to dodge enemy attacks. One of my favorite things about Resident Evil 3 is the dodge mechanic. It gives the game a ceiling for potential skill building beyond that in most games in the series. I was pleased when I found that the mechanic was brought back for RE: Revelations, but I also lamented the fact that they only way to learn exactly when to hit dodge is through trial and error. 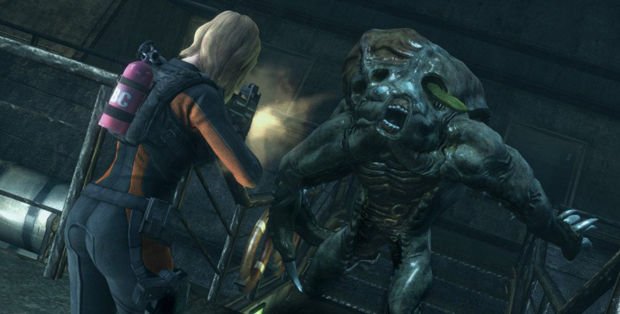 The original Resident Evil 3 guide helped you to practice the maneuver in your mind by showing the exact frame of animation to dodge on. I was hoping for the same treatment in this guide, but was sadly disappointed. All you get is a small blurb featuring test like “There’s no magic formula for dodging: use quick reflexes and a lot of practice to get the timing down.” They might as well have told me to “move the control stick and press the buttons at the right time to win.”

The guide is also missing a lot of the personality found in prior Resident Evil guides. There are a few moments of charm, like the description of Ooze-Rachel’s weak point as “her facial region (where he face once was)”, but it’s not entirely clear that these bits are intentionally fun or if they were just written by an overtired author. Still, these moments are valued in a book that is otherwise filled prose like “two Shooter Oozes are conveniently taking behind another red container. Blow it up!” I appreciate the attempt to add exclamation point excitement to what is essentially the gameplay equivalent of a cook book, but again, it’s hard to say if the author knows how silly they sound. 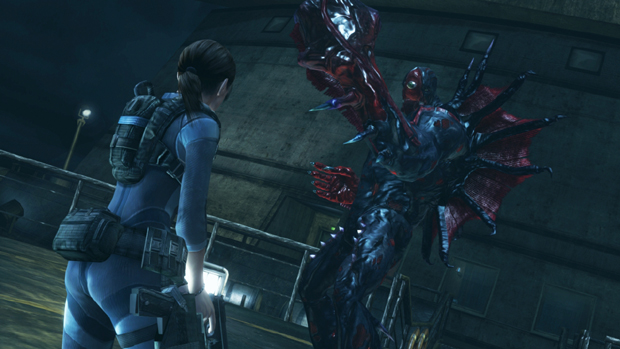 I can weakly recommend Brady Games’ Resident Evil: Revelations strategy guide. While it lacks any of the feeling of inspiration and love for the content found in the guides by Versus books, it was clearly written with an immense respect for attention to detail. There is plenty of stuff in here that I never knew I wanted to know. I just wish it had a little more of the stuff I knew I wanted to know, and that it was communicated in a way that increased my engagement with the content.