When it came out, Cross Edge hit with a relative flop. The title is a crossover RPG featuring characters from the realms of Capcom, Nippon Ichi, Namco Bandai and others as they attempt to reconcile why they’ve all been transported to an inter-dimensional world, why people are trying to kill them, and how they can get back home.

The game had a lot of potential behind it, giving us some of our most iconic characters from strong properties, in something that seemed fun and original. But, it all went wrong. The game did poorly in reviews, panned by many, and forgotten in favor of Nippon Ichi’s next title.

I really wanted to like the game. I tried. Hard. But after playing the game for 15 hours, a lot of yelling, screaming and frustration, I just couldn’t bring myself to do it. Playing the game brought me to a low I hadn’t thought I’d hit before. After the jump is my tale of how this happened. 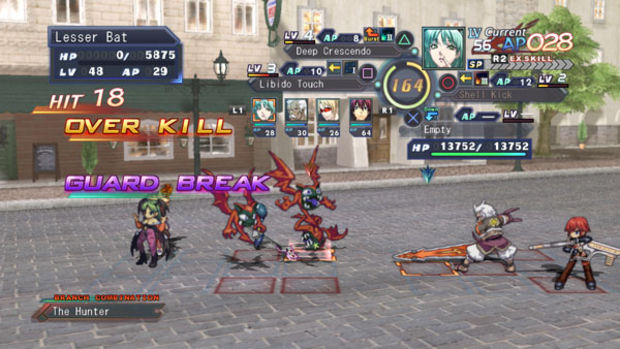 When I sat down to play Cross Edge, I was really looking forward to it: I’d have at my disposal a wide cast of characters from which I could craft an RPG party. I’d be developing the characters, not only in terms of their abilities and stat growth, but also spend some time with their equipment, in a fun little alchemy system they put together, allowing me to forge new weapons and armor.

The combat system, from my memories of playing the Japanese demo, were fond. Arranging your team of four on a 3×4 grid, you equipped them with up to four skills to use during battle, each with their own range, power, and area of effect. Crafting the perfect party would take a while, but it was a challenge I looked forward to. One of the other cool things that had me excited were the various combo attacks, where I could chain together several members of the party, letting me really lay into my opponents. 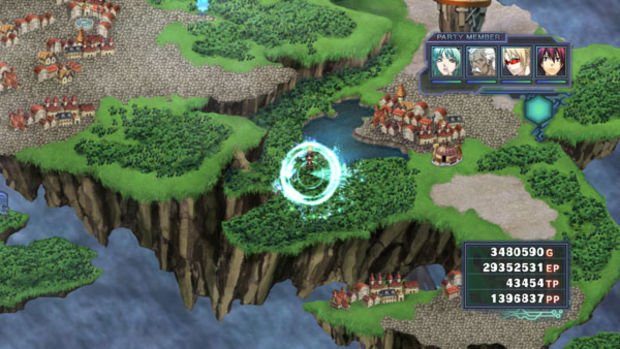 Nothing seemed wrong for the first five hours or so of the game. I was enjoying the fighting, exploring the world map, and uncovering lost souls that were placed throughout the world. In order to uncover and set these souls free, I’d wander around pressing the square button, to search within a certain radius of your character. Just in describing it, I feel as though the flaw in this system is already apparent, but for some reason I ignored it. I thought “oh, this will be fun!” That was a mistake for sure.

I first noticed something was amiss with the voice acting, of all things. I rather enjoy listening to voiced dialogue, to see how the actors manage to bring the characters and the story to life. As soon as the game got out of the main story, all the voice acting was dropped. Now, it’s usually a restriction of either time, money or space on the disk that prevents a game from being fully voiced, but to see what was a large portion of the game dropped, I knew something must be up. So, I started paying a bit more attention to the game.

The soul-searching system that I mentioned before was one of the first things that caught my attention. The maps in Cross Edge are not small, and so there’s a lot of territory to cover, doing your best to find all the missing souls — you’ll need them in order to move on from area to area. At the very least, the towns have an amplified version of the soul-searching technique in order to speed up your adventure. 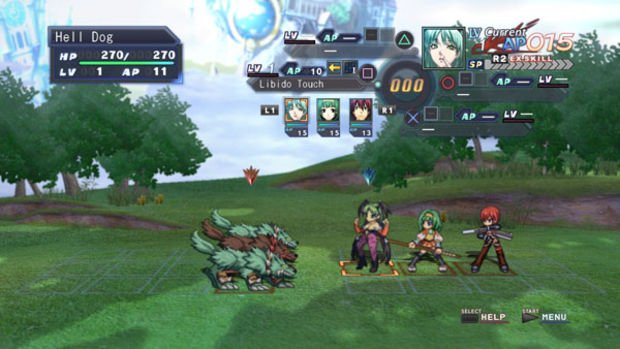 Normally, this would be just a minor annoyance, but the random encounters system made it so much worse. Remember walking around the world map in Final Fantasy VII, where it seemed as though every third or fourth step would trigger a random encounter? Well, it’s just like that in Cross Edge, which led to a very frustrating system of searching for a soul, only to be interrupted with a battle every two or three searches. I was quickly forced to turn to GameFAQs for maps of the worlds, in order to get anywhere in a reasonably quick fashion.

I think that, for me, the random encounters were my breaking point. Every time I went to search around, I would fall into battle after battle, and it would never be a simple affair: the battle would be time-consuming as I’d fight enemies meant for high-yield grinding, when that was not what I needed at the moment. It was akin to driving through stop and go traffic on the Garden State Parkway: I was ready to kill someone. 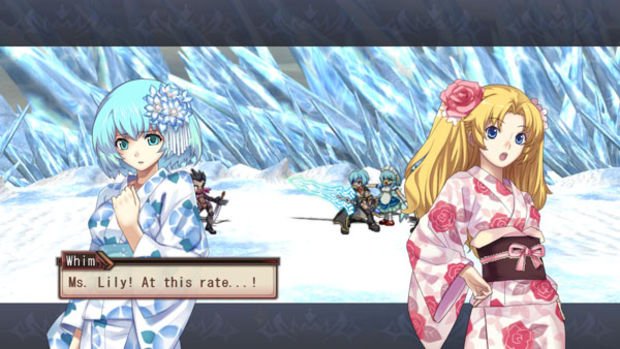 The odd thing was that the title affected me so greatly when I played it. I got bitter and sarcastic as I played through, yelling at the television and getting to a point I have rarely seen myself outside of playing titles like Naruto: Uzumaki Chronicles 2. It’s actually somewhat embarassing, how I acted — I’m just glad no one was around to see it in full force.

After about 15 hours with the game, I couldn’t take it any more. I shelved the title, because I didn’t need to have two games inducing my rage day in and day out. It’s interesting to see how the fundamental elements of RPGs — quests, combat, and story — all came together in a way that was awkward, clusmy and essentially rage-inducing. And this from people who knew how to make RPGs! I couldn’t, in good faith, give a straightforward review of the game because there was no way I could see through the rage.

Perhaps I’ll return to it in the future, once the aching memories of it have faded away, but for now all I can do is look back it in rage.