Bracket reset, then to seven games

After a grueling three day tournament (and three month season), Northern Gaming stands tall as the champions of Rocket League. The Season 3 RLCS grand finals just concluded as Northern and Mock-It Esports squared off. Northern was victorious, winning in seven games in an absolute barn-burner of a series.

The score of the deciding game was 1-0, a tally that was emblematic of how the entire series went. It was largely a defensive clinic, with Northern’s Deevo and Mock-It’s Fairy Peak leading the charge in net. (Deevo was named MVP of the entire tournament for his efforts.) Goals were at a premium throughout the entire match, and Northern was just a tiny bit better at keeping balls out of the back of its net.

Northern Gaming came into RLCS as the fourth seed out of Europe due to their relatively disappointing performance in the European regional tournament. However, they finished at the top of the standings during season play. It shouldn’t surprise anyone that they ended up taking home the Season 3 hardware.

It was far from smooth sailing, though. Northern lost in the second round to North American champions NRG, meaning that they dropped down to the lower bracket and had to play six consecutive series to fight for their tournament life. (RLCS has a double elimination format.) That included beating NRG in a rematch in the lower bracket finals. 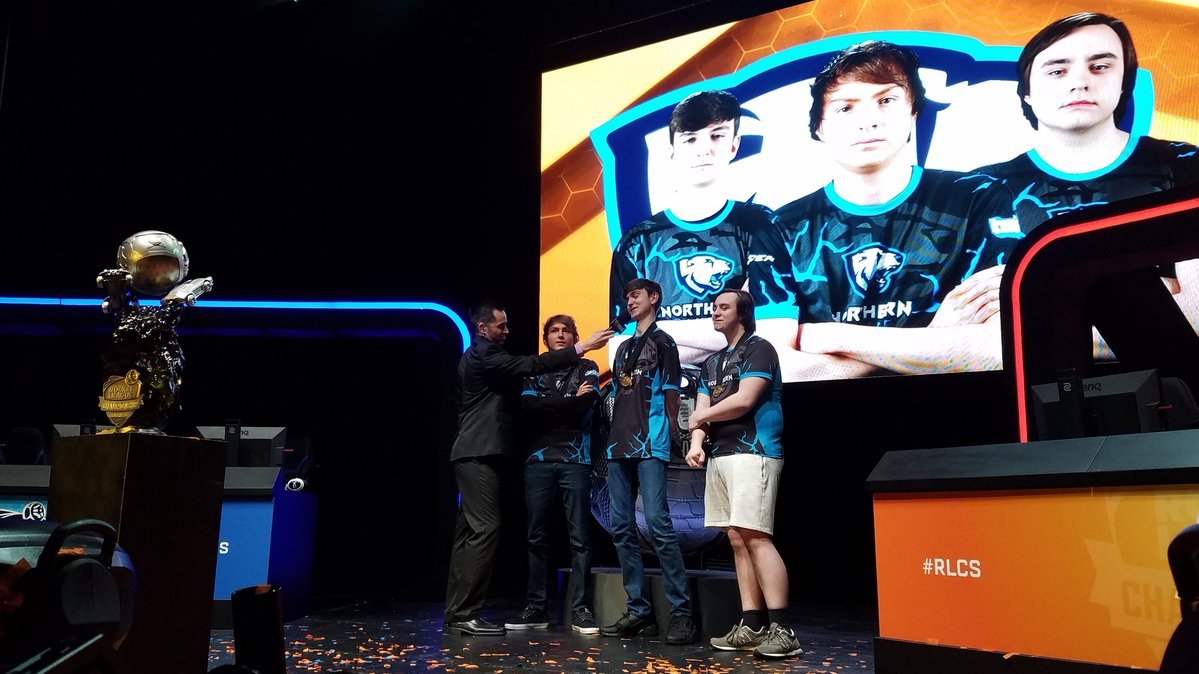 After coming through the lower bracket, Northern had to play Mock-It in the grand finals, a team that had zero losses to that point. Northern reset the bracket by defeating Mock-It in six games in the first series before pushing the second matchup to seven. Mock-It led three games to two in the second series before Northern took both games six and seven.

Another roadblock in Northern’s way was that they weren’t playing with their optimal squad. One of the players, Maestro, was unable to attend due to exams in school. So, their substitute, Turbopolsa, had to step up and fill that role. To his credit, Turbopolsa played an incredible tournament and was a major reason why Northern ended up winning.

Maestro’s situation wasn’t the only time a sub was needed this weekend. Selfless Gaming’s Dappur missed Saturday’s matches because he was attending his high school graduation. It’s a weird reminder of how young some of these esports athletes are and what other life priorities they have. Another of the world’s best Rocket League players, Scrub Killa, is only 14 years old; he’ll most likely have similar life conflicts when he reaches the RLCS minimum age of 15 next year.

It’s an unfortunate but familiar fate for Mock-It. RLCS Season 2 ended almost identically with FlipSid3 Tactics coming through the lower bracket to beat Mock-It in two consecutive series. (Although, for what it’s worth, Mock-It’s roster was completely different this season.)

For the champs, it’s a result that’s just a little bit sweeter because of its history. Northern finished in third place in the first two RLCS tournaments, never quite cracking the grand finals. As young as RLCS is, Northern Gaming is probably the closest thing it has to a staple and a juggernaut. Now it has a trophy to validate itself as a giant of Rocket League.