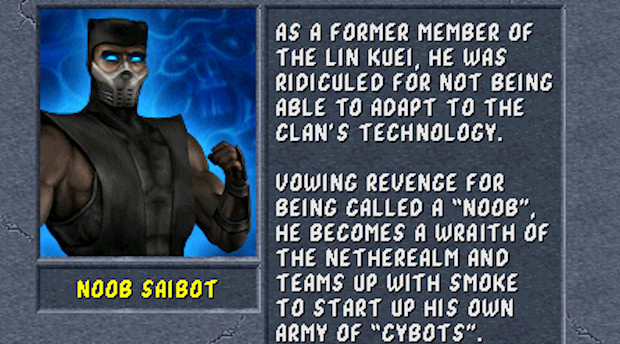 If there’s one thing I love, it’s the fact that we’re slowly tearing our English language apart. Chavs refuse to speak proper English, the text culture has encouraged sentences to be decimated for ease of use, and ridiculous non-words are finding themselves entering the Dictionary. Oh, and “noob” could become the millionth word to officially enter the English language.

The word “noob” has its heavy roots in gamer culture, which should be obvious since we’re talking about it. In case you didn’t know, a “noob” is a person who is new to a particular game and is yet to learn the ropes. It’s also seen a lot of use among online communities to “welcome” fresh faces, and has become an accepted term of abuse for anybody who looks like they don’t know what they’re doing.

The Global Language Monitor accepts words once they have been used 25,000 times by media outlets. According to the reports, this hints at “noob” becoming the millionth word, which would happen on June 10, 2009, at 10:20am. At that moment, the word “noob” will itself become a noob in the English language, and we will all polish our specatacles and smirk at the amusing irony of it all.