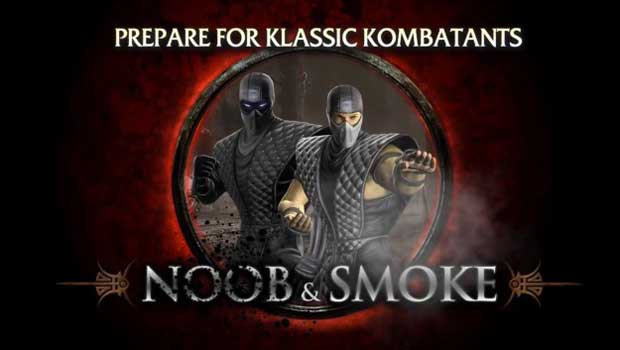 The downloadable combatant Kenshi is hitting Mortal Kombat tomorrow, if you’re willing to pony up the dough. But developer Netherrealm is also offering up two free “klassic costumes” with a required update.

Alternate costumes for Noob Saibot and Smoke will be made available as part of the latest compatability pack. The costumes won’t change how the fighters perform, but the fresh coat of “klassic” paint may make you want to give them a second look.

The first compatibility pack was released alongside the paid downloadable content, Skarlet, and featured alternate skins for Cyrax and Sektor. With two more on the way (Rain and an unannounced fourth), you have to wonder what other free skins Netherrealm will include. Any requests?