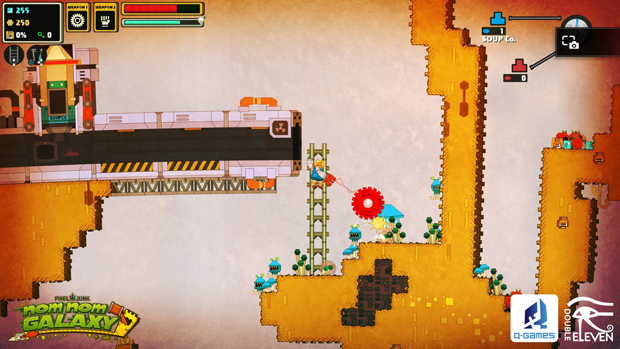 Nom Nom Galaxy is as adorable as it is difficult to nail down. It’s essentially an exploration-based sandbox game about an interstellar soup empire you must build from the ground up and defend. The title is currently playable on PC through Steam Early Access with an expected final release early next year. That’s presumably when the PlayStation versions will drop too.

Double Eleven says it’s planning on having seamless drop-in/drop-out co-op, both online and local, “that lets PS4 and Vita players all play within the same game.” So great to hear. Asynchronous and community challenges are also planned for Nom Nom Galaxy.