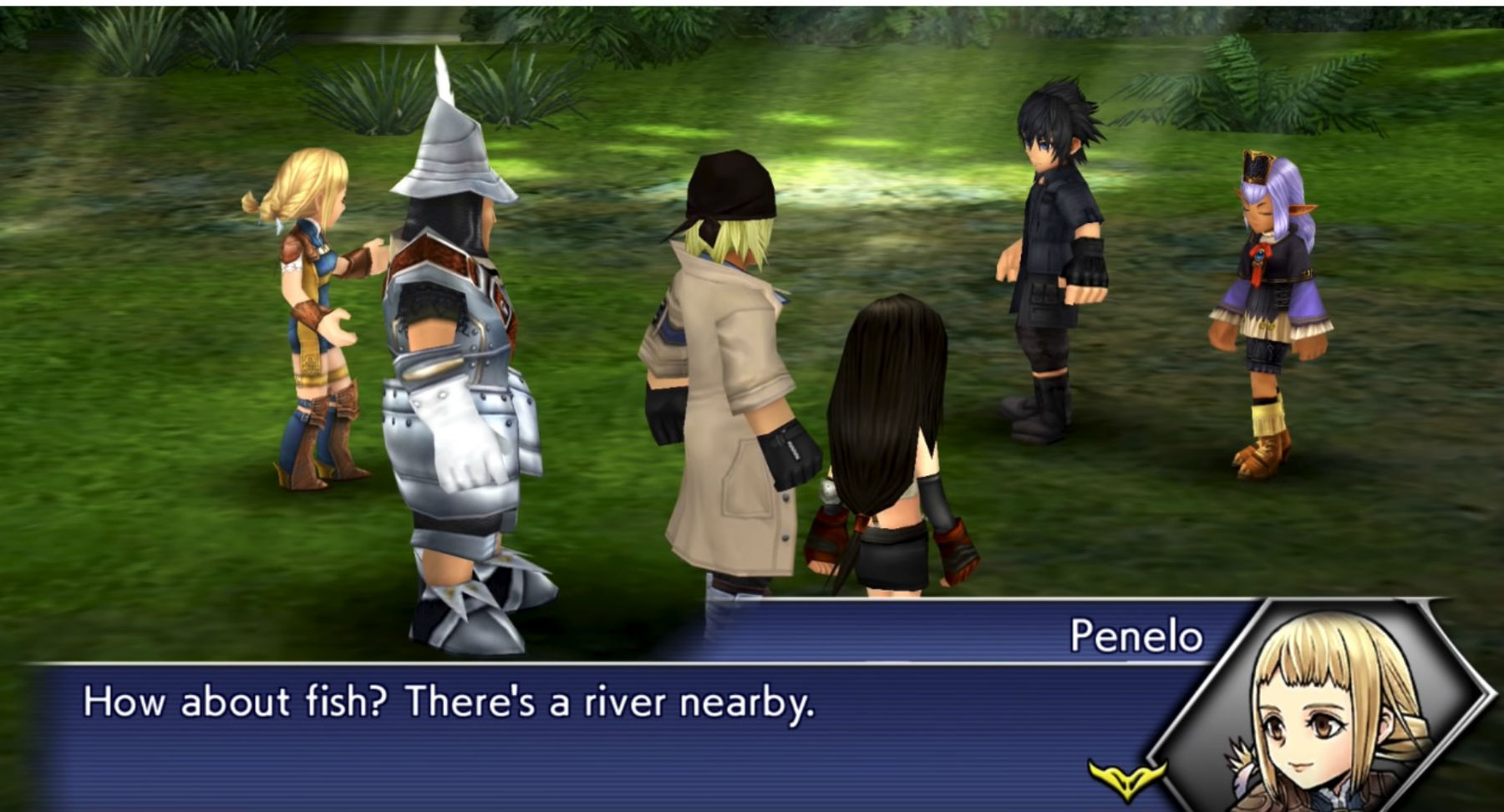 Give this man his own fishing game (oh wait)

Dissidia Final Fantasy: Opera Omnia is a bit of an odd duck, but it’s not just a weird mobile game that’s relegated to one region because it makes a ton of loot box/gacha cash there; it’s available worldwide.

It’s yet another attempt of Square Enix to mine the rich roster of Final Fantasy heroes, and in the new trailer for Noctis’ addition, you’ll be able to witness all sorts of appearances from Final Fantasy VII, to IX, to XII, to XIII. Noctis heralds an event (Royal Hope) that’s live through mid-December. You can grab Opera Omnia for free on iOS or Android.

If you want Noctis, you can recruit him in your party by playing through his story and hear all about how much he still loves fish. He couldn’t settle for a VR fishing game all about him, no, he has to espouse the glory of angling wherever he roams: across galaxies and games.